And we’ve been feeling nostalgic all week, as we reflect on the growth of the charity from a two man mission, ‘Greece Lightening’, to a large community of people who care, and who have and continue to offer outstanding aid with dignity to refugees around Europe.

With the help of our donors, volunteers and friends, we’ve helped over 7,000 refugees in Greece and over 6,000 in Tumbru Camp in Bangladesh.

And so, to celebrate all of your hard work, this week, we bring you a special Q&A edition of the RS Express: an interview with our beloved co-founders, John and Paul. 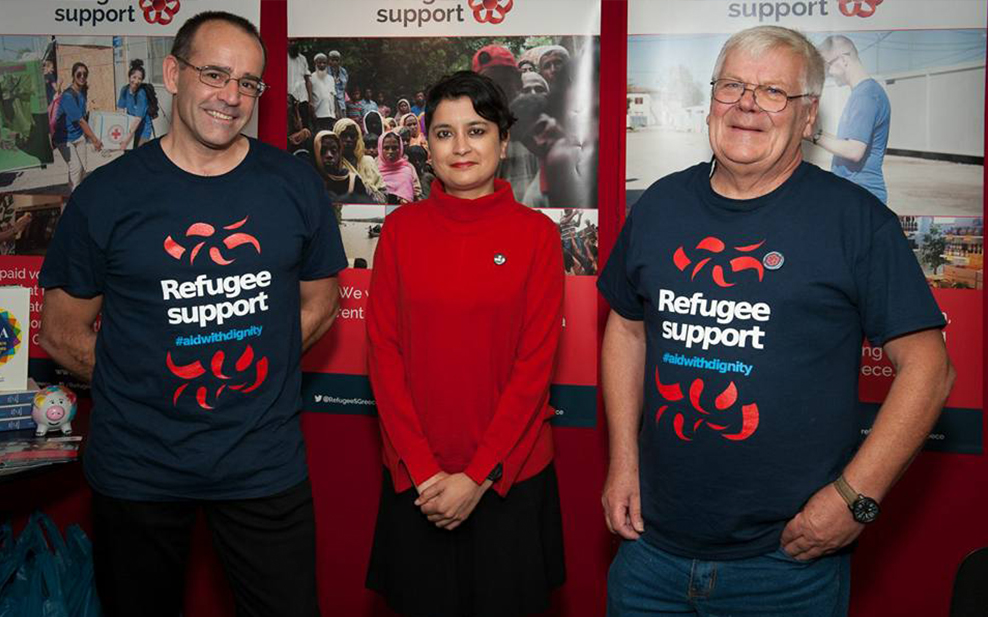 What has been the most rewarding part of working with refugees?

Volunteering in any capacity is rewarding, and freely giving your time to help others is something I would encourage everyone to do, whatever the group or cause. It is both fulfilling and humbling. You learn a lot about yourself.

There are some obvious answers, but the most rewarding part is probably the way that refugees make you feel part of their community. It might sound a bit corny, but they have always made me feel welcome​.

What is the biggest challenge you have had to overcome at Refugee Support Europe?

Personally, I have to spend a lot of time away from my family. Professionally, I used to be a researcher and research projects are carefully structured and managed. Working with volunteers from around the world in the volatile environment of a refugee camp means getting comfortable with a bit of chaos.

The two biggest challenges we have as an organisation are always getting volunteers and ​funding.

The big challenge on the camps where we work is getting people to understand we are a volunteer organisation, and not government funded. We’re just people trying to do our best. That’s not easy when you’re surrounded by government funded organisations who are spending a lot, and not always effectively.

What is the hardest part about doing what you do?

I split my time between the security and comfort of a middle-class existence in Brighton, and the indignities and distress of refugee camps in Greece. Making that transition is never easy. Seeing that we take too much for granted and do too little to help is hard.

The long days are the toughest part for me. I’ve just done another 10-hour day at Katsikas camp, and that isn’t easy at my age! Fortunately, we always have a good team who let me sit down.

What is the hardest part about working with refugees?

Saying ‘no’. Refugees have a lot of complex needs that are not being satisfied, and that are just beyond what we can do: like medical care, legal support or education. We have limited funds to give refugees everything they need. We have to say no a lot.

Seeing people having to live in the conditions on a camp, and saying no to people when they ask for something that they really should be able to have, like a pair of shoes or something extra from the shop.

Has anything surprised you during your time at Refugee Support?

Yes – that there are people around the world who will give up a lot of their time and energy to help.

Yes – I am surprised that there are still so many people supporting us after all this time, and that people are still prepared to come out to work in difficult circumstances at their own cost​.

Have you seen much change over the last two years in relation to the plight of refugees, attitudes towards refugees, policy changes etc?

If so, what is the biggest change you have seen?

No. If anything, there is more apathy towards their plight.

Most people in Europe don’t want to see people dying or suffering, but have concerns that services won’t be able to cope with many new arrivals. So, we are paying countries like Turkey and Libya to stop them arriving at European shores.

Refugees that do make it to Europe are either kept out of sight, or we make it very difficult for them to integrate. Two years ago, it was very much on the news agenda. Now, it is largely ignored.

A little. Refugees living conditions still aren’t ideal, but they are a lot better than they were.

In terms of what we are doing, I have seen a big change in the dignity that we are helping to deliver. When we started out in Alexandreia camp in 2016, we began by simply distributing food bags to malnourished refugees who had just arrived at the camp. Today at Katsikas camp, we were distributing shoes in a beautifully designed shoe shop where people were able to sit quietly and get a decent pair of shoes calmly and respectfully.

Our free market has also evolved a lot since it’s conception at Alexandreia camp in 2016 – it’s totally different. It is fairer, and people like it and trust us more. We used to have queues and arguments when refugees had no say in the food that they were receiving. Now, there is more choice, and therefore more dignity.

While we are always looking to improve, our service is lots better; and that has a positive impact on the whole camp.

Do you have a favourite photo from the last two years?

Loads! But this one of Haifa is pretty special. 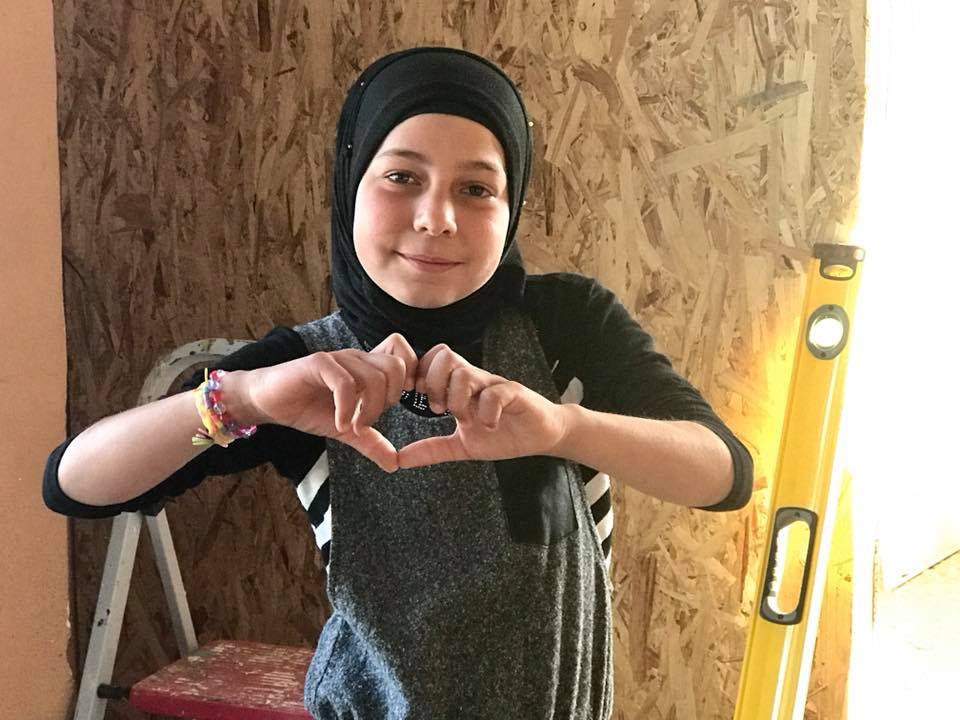 Yes – this one of a young girl waiting at Giannitsa camp from summer 2016​. 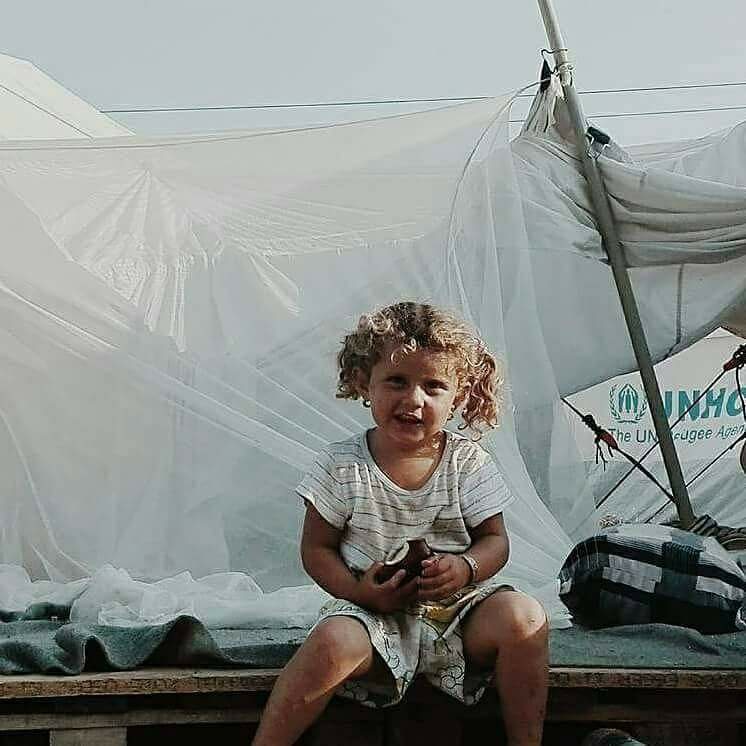 What is your favourite on camp memory?

I’ll probably change my mind about that depending on when I’m asked. The best memory for me is probably when we opened the community kitchen at Alexandreia after 7 months of hard work and lot of expense.

We had a joint refugee and volunteer team working in there, preparing up to 400 meals 6 times a week. To see this team working together, laughing and dancing to very loud Arabic music and giving out nutritious food, made it all worthwhile.

My best memory is when the first group of refugees who had been living at Alexandreia camp left on a bus, knowing that they had been granted asylum in another country in Europe.

Where do you see Refugee Support Europe in two years’ time?

Dignity is at the heart of what we do, and what is dignified depends on where we are working.

When we had just arrived at Alexandreia camp, people were malnourished, and so we gave them a bag of food. When they had been there a while, we gave them a shop so that they could choose the food they wanted.

In 2 years’ time, I would like to see us running a business and employing refugees so they can earn money to spend it on whatever and wherever they want.

I’d like us to be recognised as a leading NGO (non-government organisation) that helps in refugee crises all around in the world, and always with an emphasis on dignity.

We need to stay primarily as a volunteer organisation, because volunteers bring fresh ideas and energy to Refugee Support. We give people a pathway to help, and hope to continue to do so for a long time.

What advice would you give to somebody who wants to help support refugees, but isn’t sure how / where to start?

Go to our website! But also look closer to home. You will probably find that you have a local community group that is doing important work welcoming and supporting refugees as they try to settle and rebuild their lives.

Refugees don’t need much help; they just need to know that they are accepted, and to be given the opportunity to work. But there’s always something you can do.

Go with your instinct. Find an organisation that you can trust, whether that is part of one in the UK or one working in camps around the world. There is always something you can do. If you want to do it, just go for it. Stick your head over the parapet. ​ 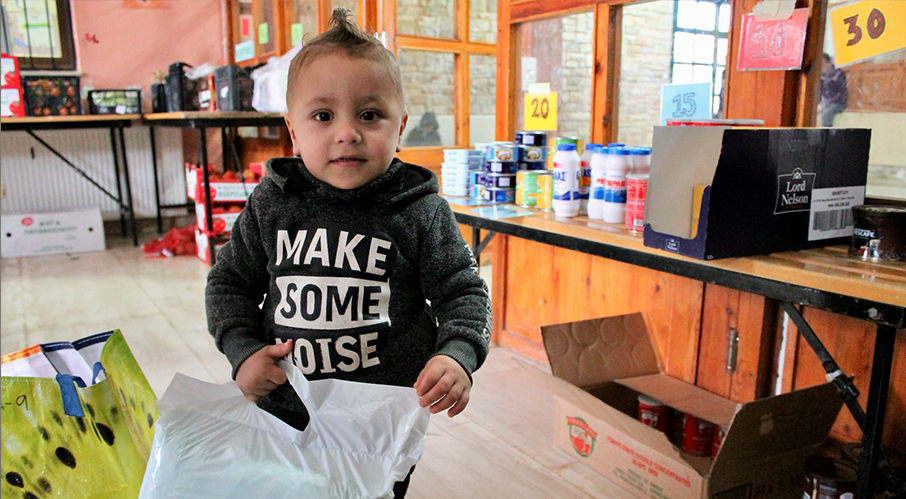 Please contact us today at info@refugeesupporteu.com if you are interested in volunteering, making a donation, or just want to get in touch.
Refugee Support