After two and a half years of helping to steer Refugee Support Europe through some of its most challenging times, Alan Strang is stepping down as Chair of Trustees.

Alan took over at time when we had big plans but when, just a few months later, the world changed. Covid-19 arrived and all our plans had to adapt to a completely new way of working. Volunteers were unable to travel to help for a long time. Fundraising was hugely challenging. And all this at a time when life got a lot harder for the people we were trying to support. 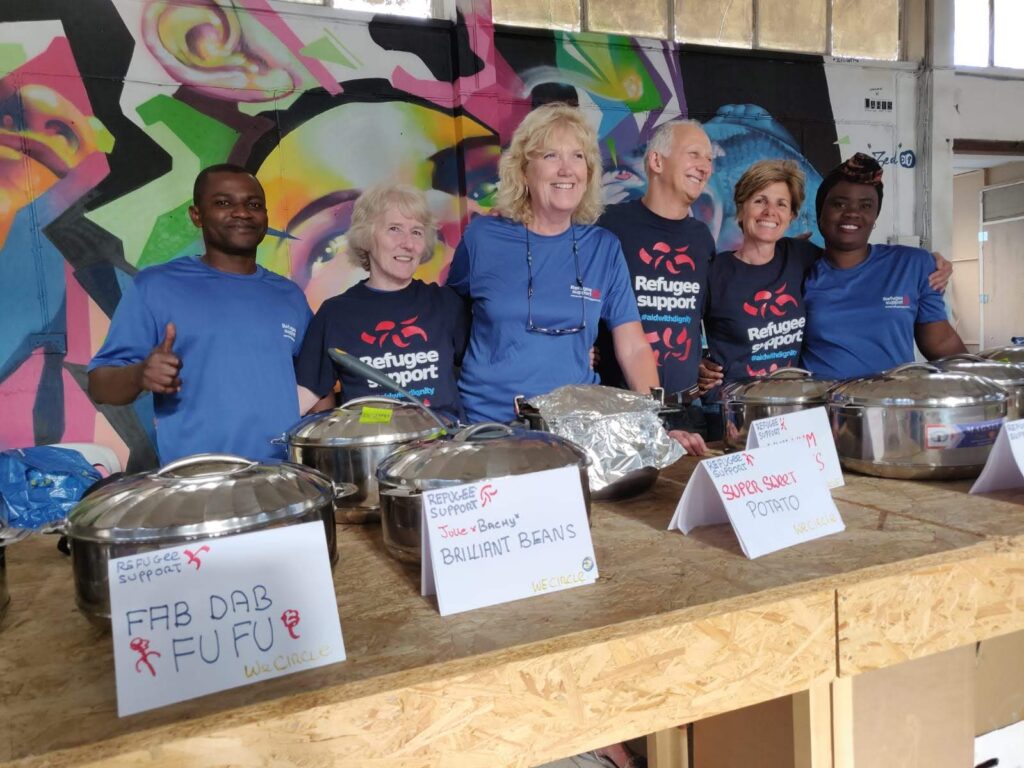 Alan together his partner Katherine were fundamental in keeping our sewing cooperative going in Nicosia with new designs, new materials and fresh marketing. Sales of their fantastic recipe book Tastes & Tales (actually much more than a recipe book) together with their ceaseless fundraising also helped to fund the broader Cyprus operation. 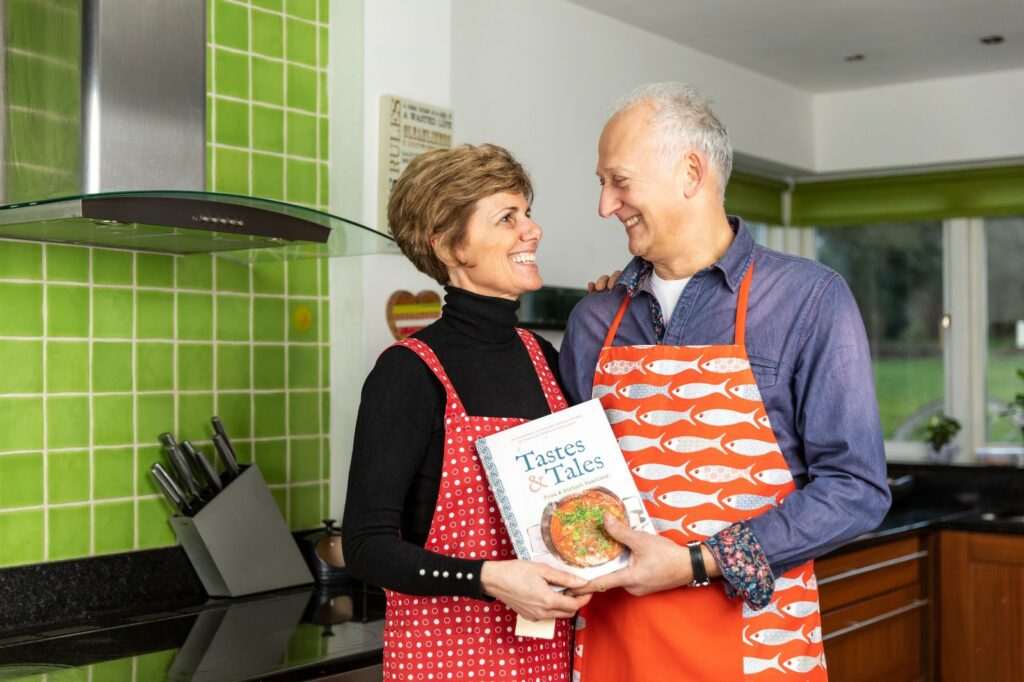 The lead up to Christmas chez Alan & Katherine was a busy time because they also fulfilled all the orders!

As a result, our online shop Refumade flourished throughout this difficult period. And Refugee Support was able to continue supporting the cooperative members and the wider Dignity Centre members with essential services such as laundry, showers, food bank, asylum support and job applications.

And while all that was taking place in Cyprus, Alan started an ongoing operation supporting asylum seekers stuck in poor accommodation in Birmingham. 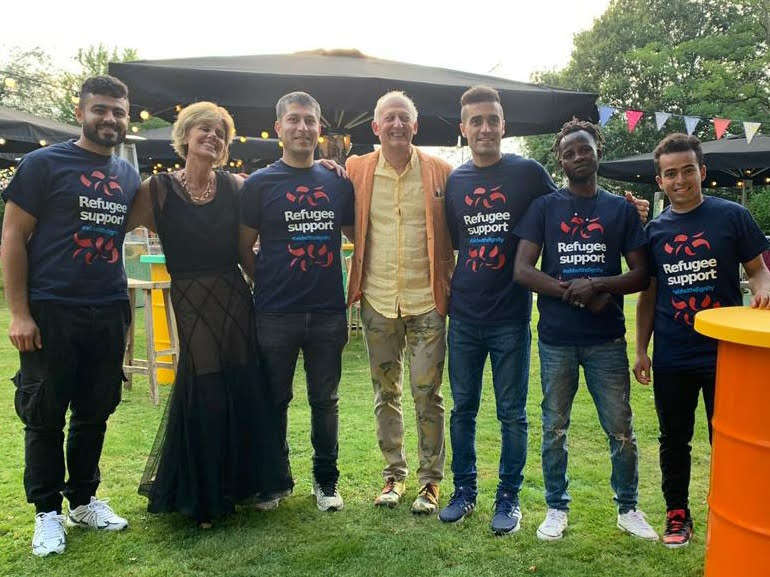 Alan says: “It has been a great privilege to have been able to help and support Refugee Support over the past years and although I have made the decision to step down from my role as Chair of Trustees, Katherine and I fully intend to continue as committed and active supporters of RSE and the people we serve.”

Paul Hutchings, Chief Executive says: “Anyone who knows Alan will be aware of his phenomenal energy levels and ability to get stuff done. And he always made himself available to talk through the many tricky issues and challenges that are part of this job. I could always count on him to listen, be positive and offer sound guidance. Looking back over the last 2 years, we have made huge strides under his leadership. He hands over an organisation to the next Chair with a stable foundation and even greater opportunities to deliver on our ongoing mission to deliver aid with dignity.” 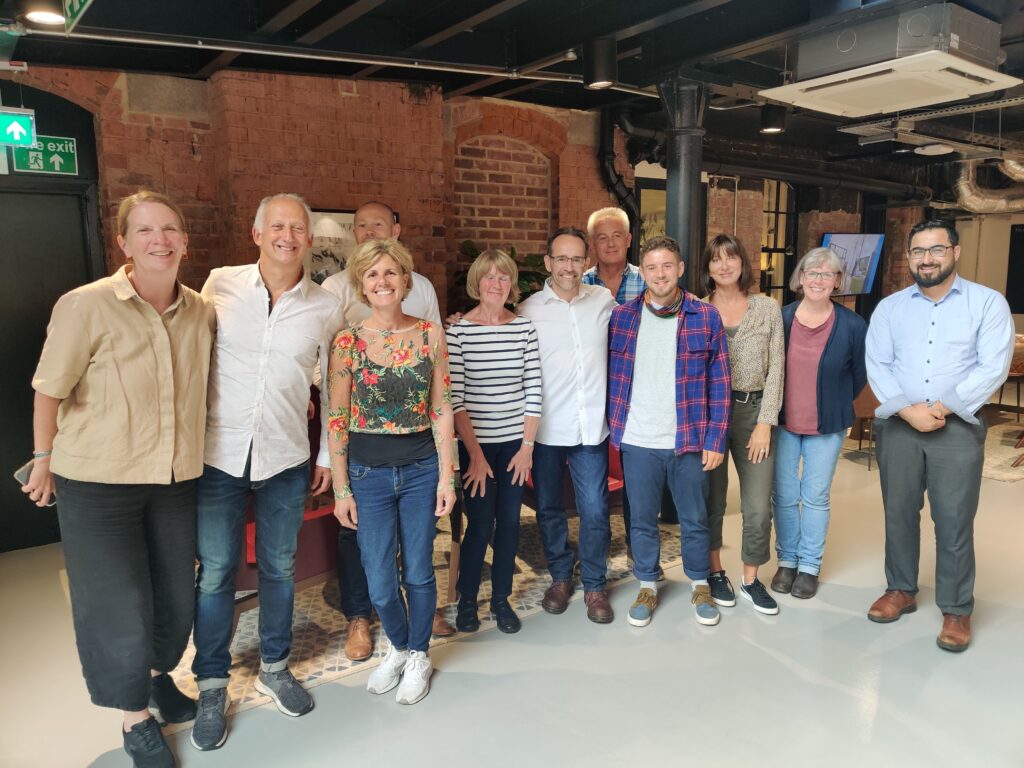