Musham was selling potatoes, when a Russian airstrike bombed the Aleppo market in Syria where he worked.

57 people died, and 75 were wounded, including many of his friends in what he calls a “massacre.” He lost his leg.

“My wife ran out of the house barefoot with our two babies to find me,” he recalls. 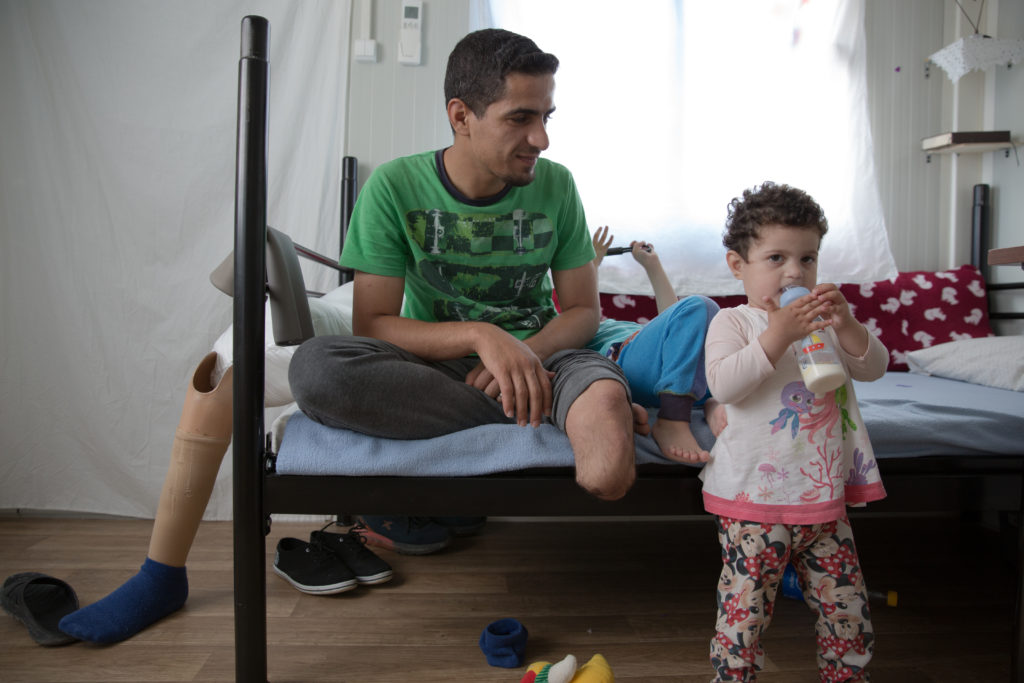 Musham’s son is four years old, and hasn’t spoken for over six months. He refuses to talk, or eat. His father mimics a plane exploding: “He is scared, of the bombs.”

They fled Aleppo, a key battleground of the civil war. Many neighbourhoods have been completed destroyed. Most of the city lies in rubble.

His son plays with his prosthetic leg. The prosthetic is painful to wear: “It hurts my leg. I can’t walk properly, because the plastic is breaking. It is scarring the remaining part of my leg.” When it rains, his plastic leg fills with water. 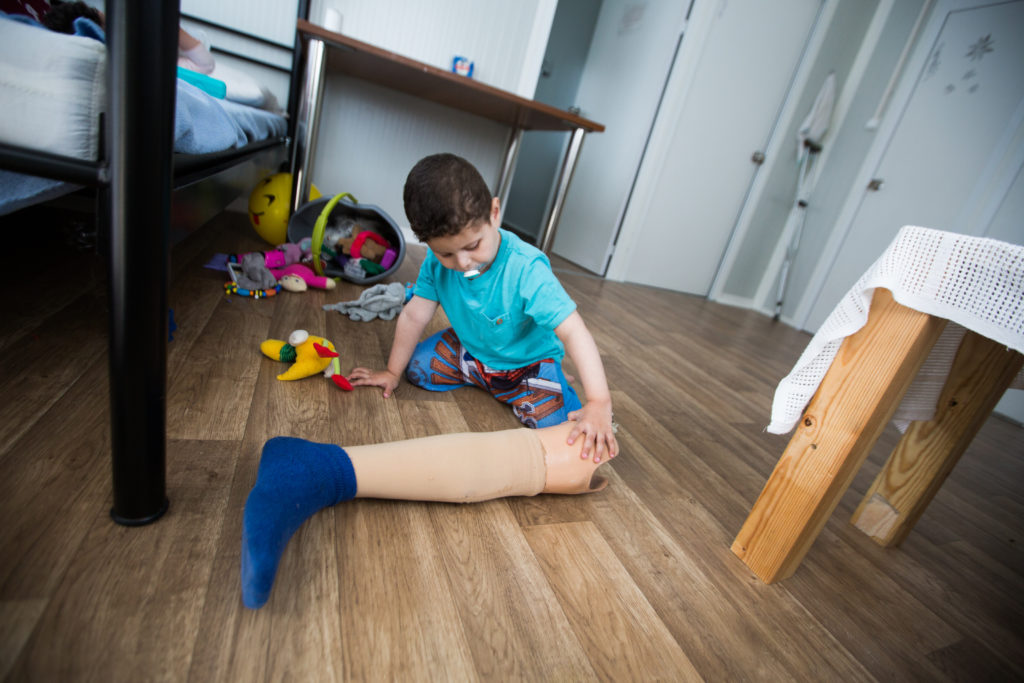