My name is Farzaneh Pakbin – or Katty – and I am an Iranian refugee located in Syria. I need to share my story while I am in Syria. I hope you will have some time to read my story. I have contacted many organisations – you can see me trying with my Twitter account – but it seems that nobody is listening to me.

I am in Syria with my mother and my sister. We have been living here for 8 years. I paint and have a facebook page. We are Christian and we aren’t safe in Syria.

We are still waiting to be resettled into another safe country. Here it is very dangerous as there is the war and we are very afraid. We are also disadvantaged due to our nationality and because we are three women.

Due to political reasons my father disappeared in Iran many years ago. We then decided to escape into another country and we arrived in Syria. When we escaped from Iran my sister was raped from some people of the Iranian regime.

At that time, I was studying to become a software engineer. However, I could not study in my country due to the Iranian regime.

We are now living in Syria as refugees. The UNHCR in Syria did not help us to resettle into a new and safe country. In 2011-2012 our case was accepted from: Canada, Belgium and Switzerland. It was an emergency case. However, we were not able to be resettled.

The medical report which certified that my sister was raped was lost by the UNHCR staff working in Syria. I discovered about this on the 23rd May of 2018 as the staff of the UNHCR said that they did not find the medical certificate. The proof of rape and torment was therefore lost. We are stuck here and we don’t know what will happen to us.

Here our life is terrible. We have been in this country for eight years and we have seen our friends and neighbours dying. Last March a child from Sudan, who was a refugee like myself, died. He was a member of our Christian church which is giving us some food to survive. He died on mother’s day. While all the children in the war celebrate mother’s day we see children who die.

In Syria we lost the place where we were living three times. Thus we had to sleep on the street. We could not use the toilet and we stayed 13 days begging on the street. When we asked for any help to the UNCHR in Syria we received threat and at times we were very scared. We experienced racism due to our nationality and we were afraid as we are women. Here women together with children are the most vulnerable.

When the war started in Syria we lived without electricity and water for weeks. We drank unhealthy water risking our lives many times. We were sick and insecure. We could not get access to medication and we could not see any doctor.

I saw dogs eating bodies of those who were dead on the street due to the war. We have called the UNHCR in Syria many times but they have never helped us.

We don’t have any residency Syrian card. Thus, we can’t work or study. We barely have food to eat. We can’t rent a house and we cannot even buy a Sim card.

We don’t have human rights. 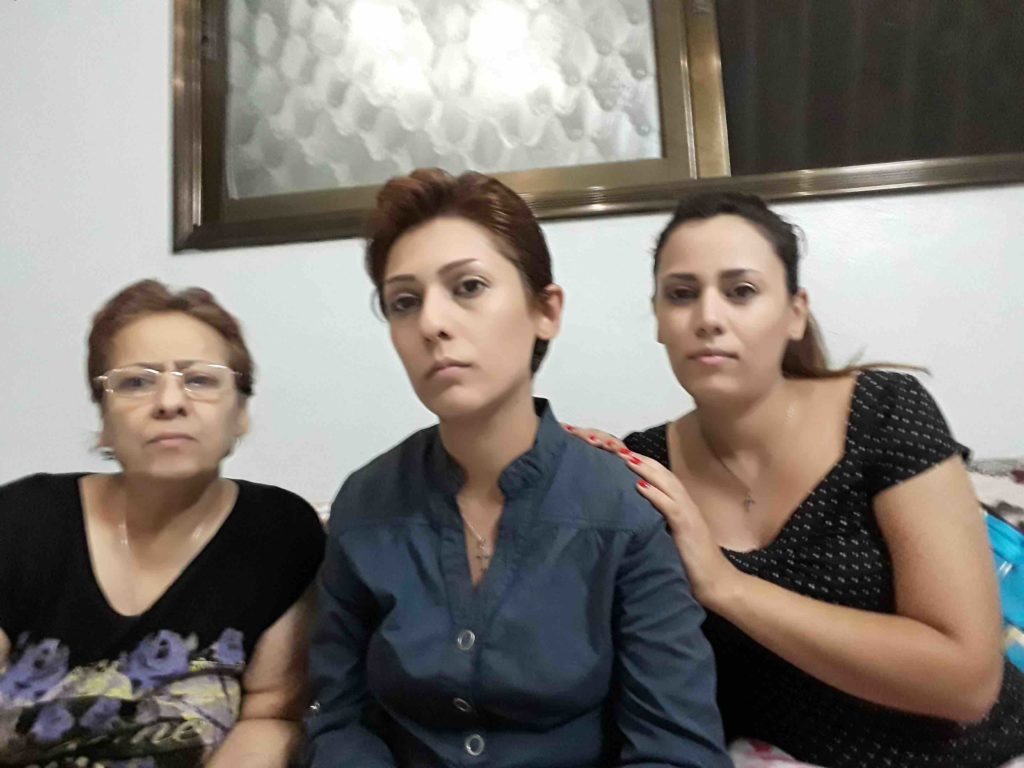