FOR A MORE DIGNIFIED LIFE

The Empowerment Fund was a next step in our model to bring dignity and normality to people at Katsikas camp in Greece who have had to flee war and now find themselves hostage to an uncaring bureaucracy.

Unfortunately, despite our legal and economic arguments, the government decided to repress the project and threatened recipients with huge fines or imprisonment if they did not shut down immediately.

There was a real opportunity to help residents gain some independence and integrate with Greek society by incubating independent and viable businesses. It would also introduce some normality into daily life.

The response of the Greek government to projects like this reveals a callous and shortsighted disregard to people's welfare.

Stage one of the fund for refugees at Katsikas camp was completed and you can read a review here.

The concept of the Empowerment Fund was simple. We asked people to submit a proposal to support an activity they want to pursue. We lent €200- €1,000 to every viable proposal plus all the legal and coaching support they needed for that business idea to thrive.

Here are the first 12 activities: 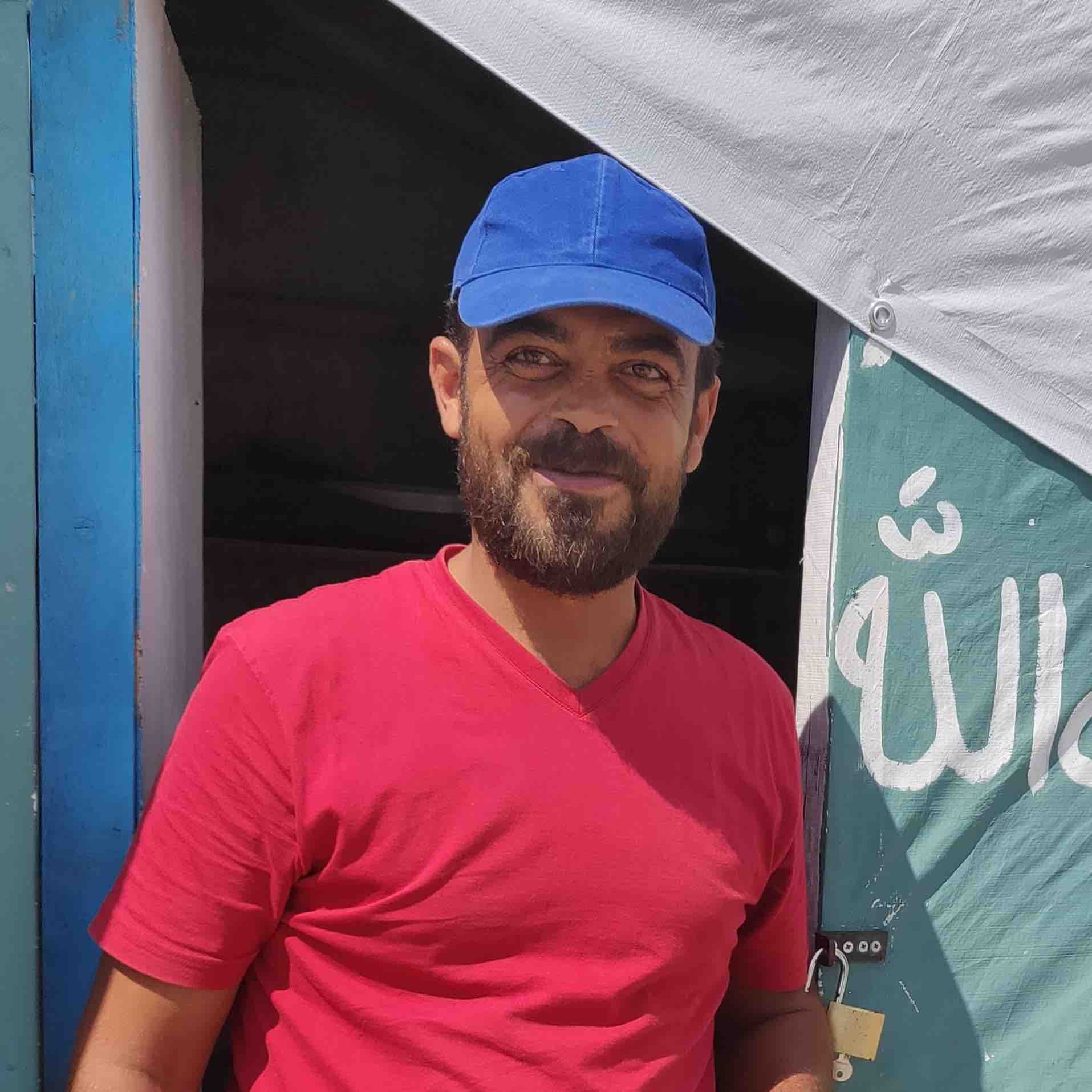 Mohammed is supporting 5 children with his wife and was already making his own Syrian cheese (with fennel seeds) and yoghurt which is very popular. He was also sourcing his milk from a local Greek goat farmer.

He had limited production capacity so bought a large hob, a large cooking pot and a scale. Not one to sit about, when his source of goat milk temporarily dried up he bought a kebab shop and now competes with Cafe Yasmin. 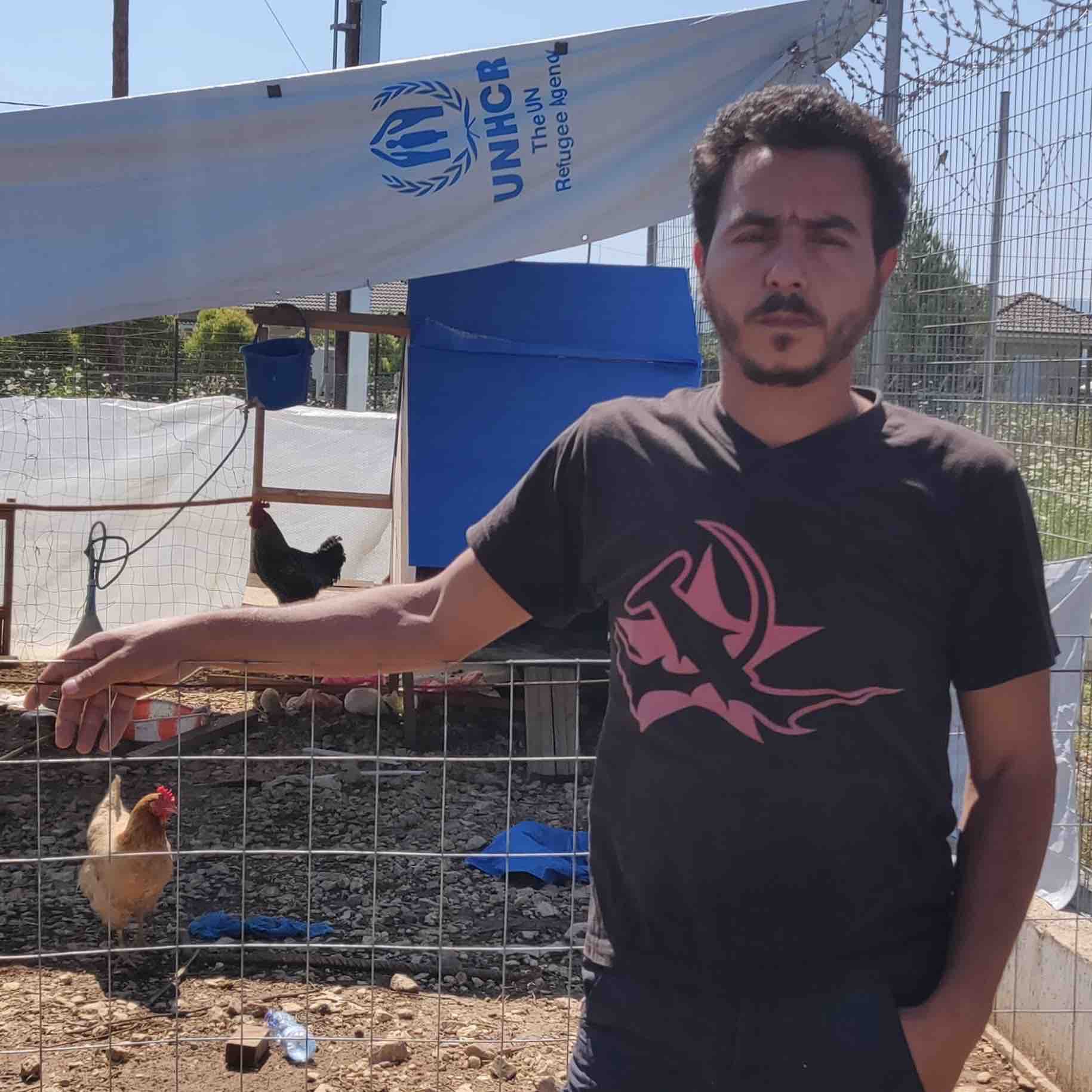 This is a husband and wife team who have 2 young girls aged 2 and 3. Du'Aa has a sister who sends them Arabic clothes, accessories and culinary items that are in high demand on the camp and beyond. The business is doing very well.

The fund helped them to get started with logistic support and by vastly increasing their range and volume of stock. They are now self-sustaining and Muayyed is in the process of building a boutique next to his caravan so people can try on the clothes. 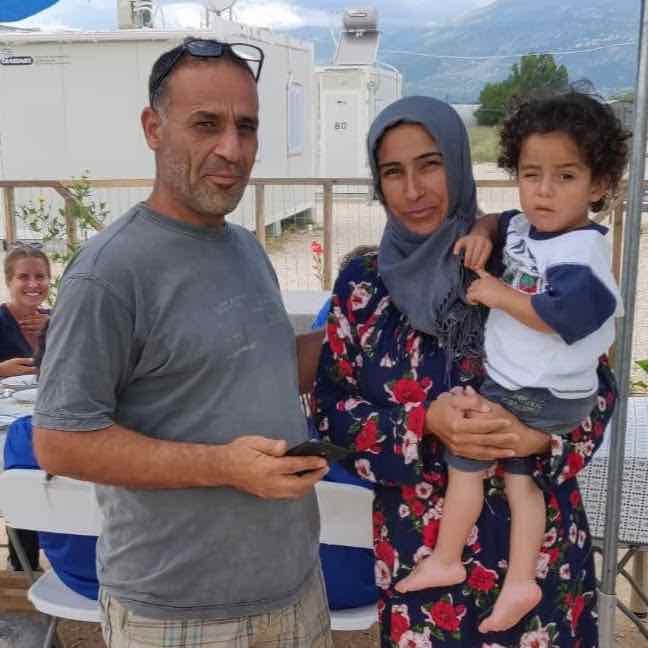 Yasmin and her husband already had a restaurant set in a beautiful garden created by Ahmed who used to be a gardener, and an Instagram page. They serve great Syrian food but needed a drinks chiller, freezer and food processor to satisfy growing demand from sitting customers, home deliveries and celebrations. They have now winterised the restaurant and want to rent houkah pipes and tea.

They have 7 children aged 16 to 7 months and this project has really helped with their contentment. And they have big plans. 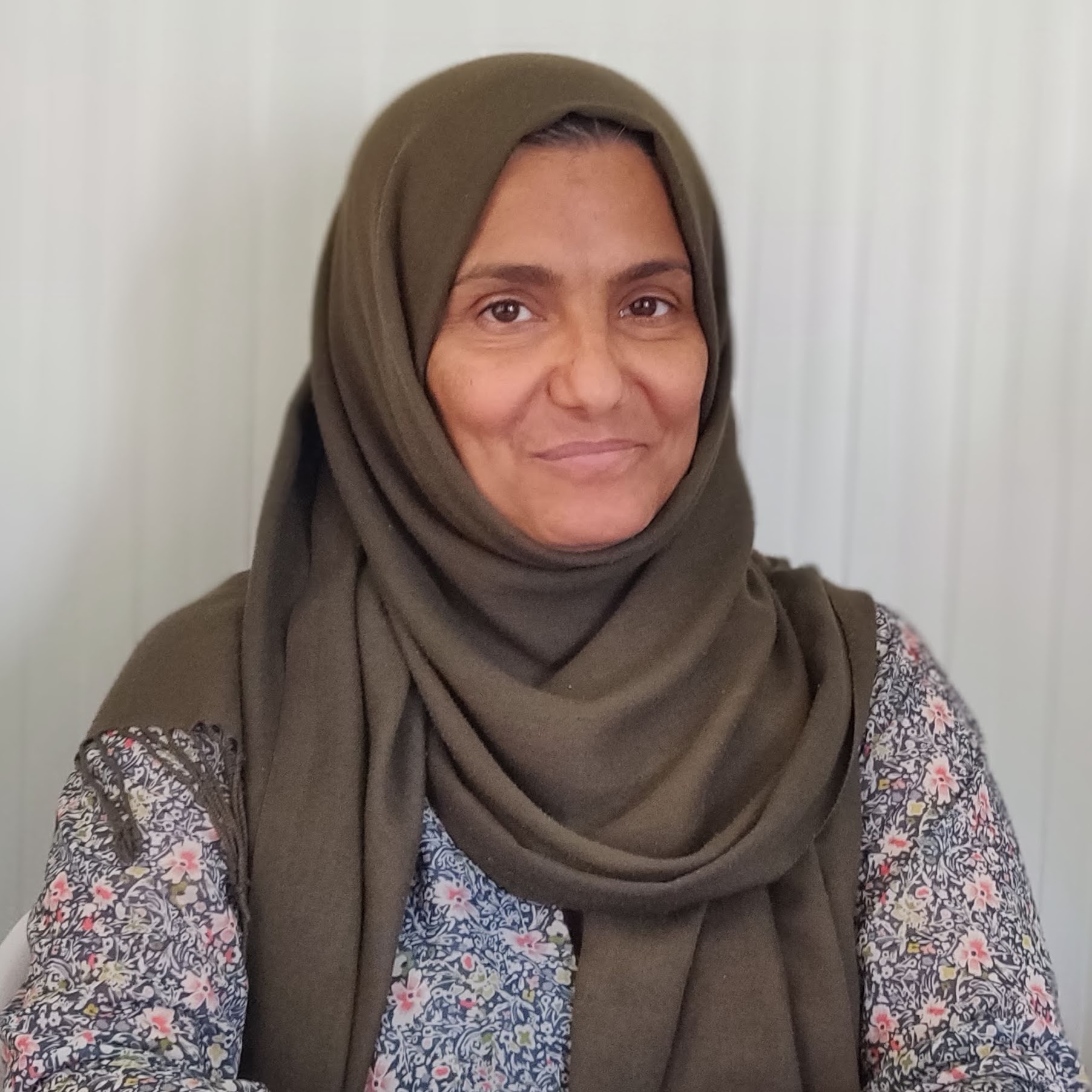 Amal is a widow supporting her two young teenagers and her work is important not only to the whole family but to the camp as well.

Amal already had customers, teaching them English on camp and Arabic to a local Greek customer. With a laptop, whiteboard and a few materials she quickly set up regular classes for the children. And once a week she runs an Arabic class for volunteers. But she also interpreted for people who need it at hospital or in other important situations and this was disrupting her routine. We are working with her to try and reconcile that. 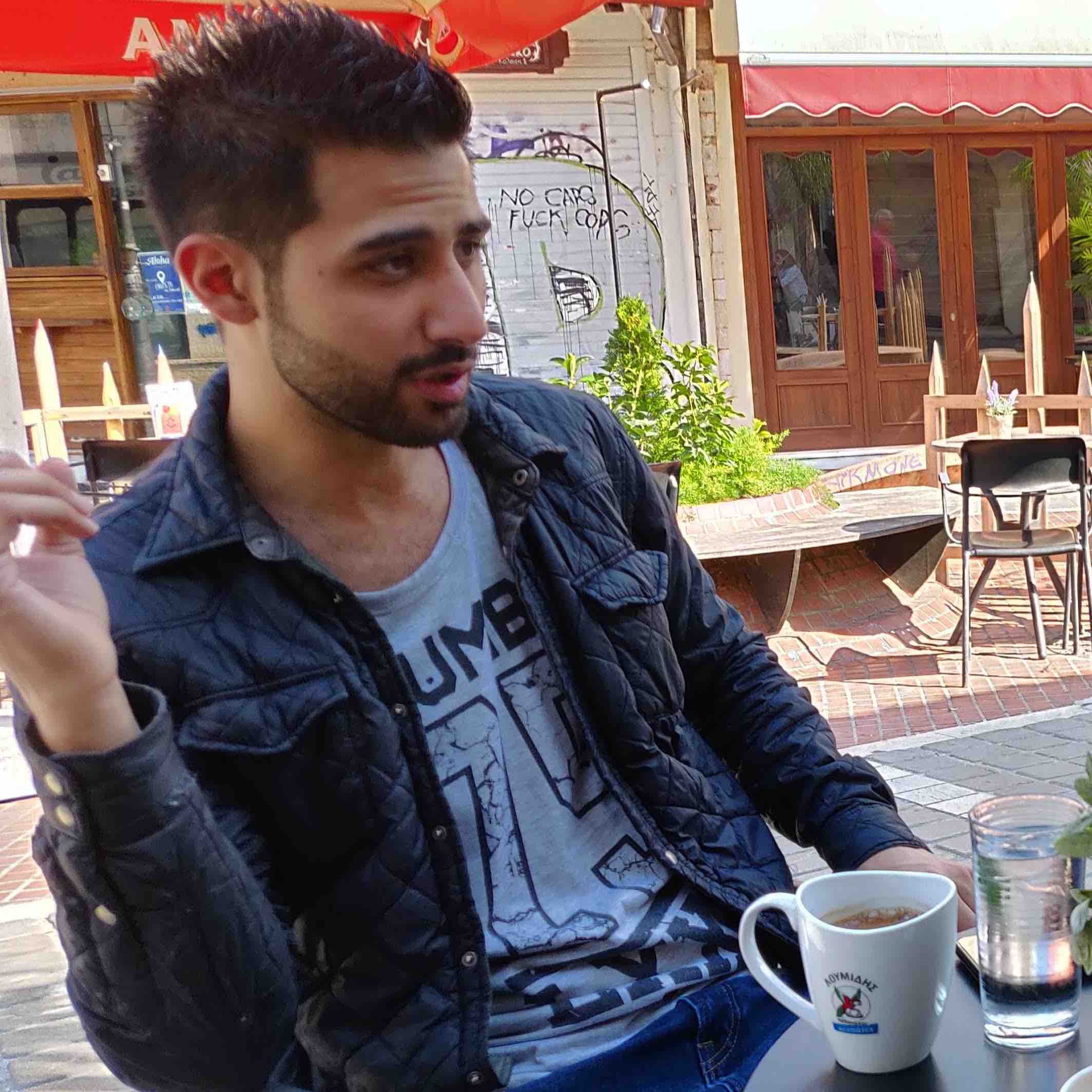 This very impressive young Palestinian understands the natural fragrance business from both a manufacturing and sales & marketing point of view. He is very concerned to help other refugees to become independent and integrate within Greece.

He immediately sourced the vegan and natural raw materials, made up four unique scents, sorted all the packaging and designed the branding for his Salam range of perfumes. We will be selling them on our website for Christmas. 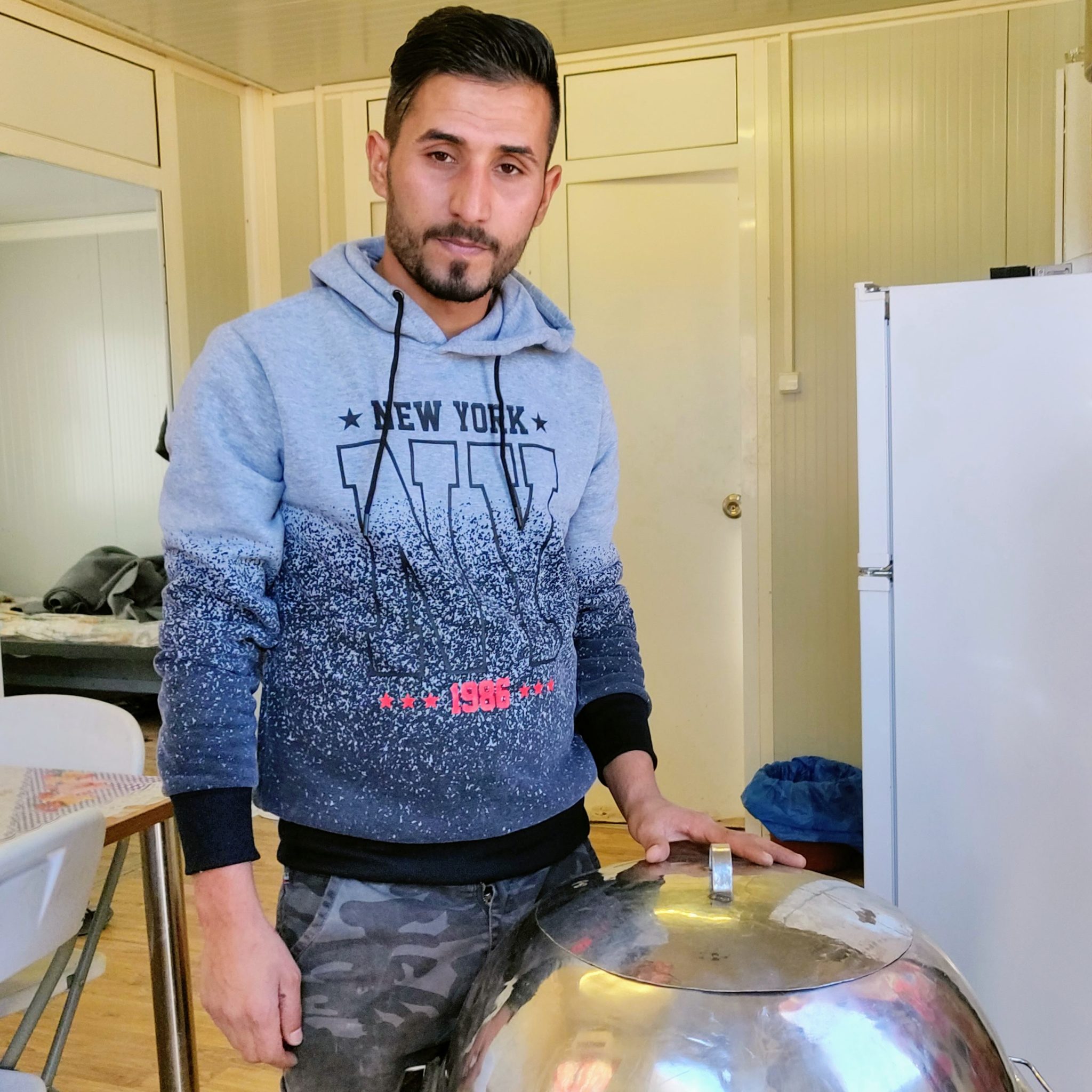 Abdullah is from Iraq and has already been making a range of popular breads for the last few months. Now he needs a proper bakery and a bit of support to scale up his production.

Bread is incredibly important in daily diets, Abdullah is hard-working and he already has a couple of ovens. With three friends, he quickly built a fireproof bakery and we fully expect this to be a huge success. 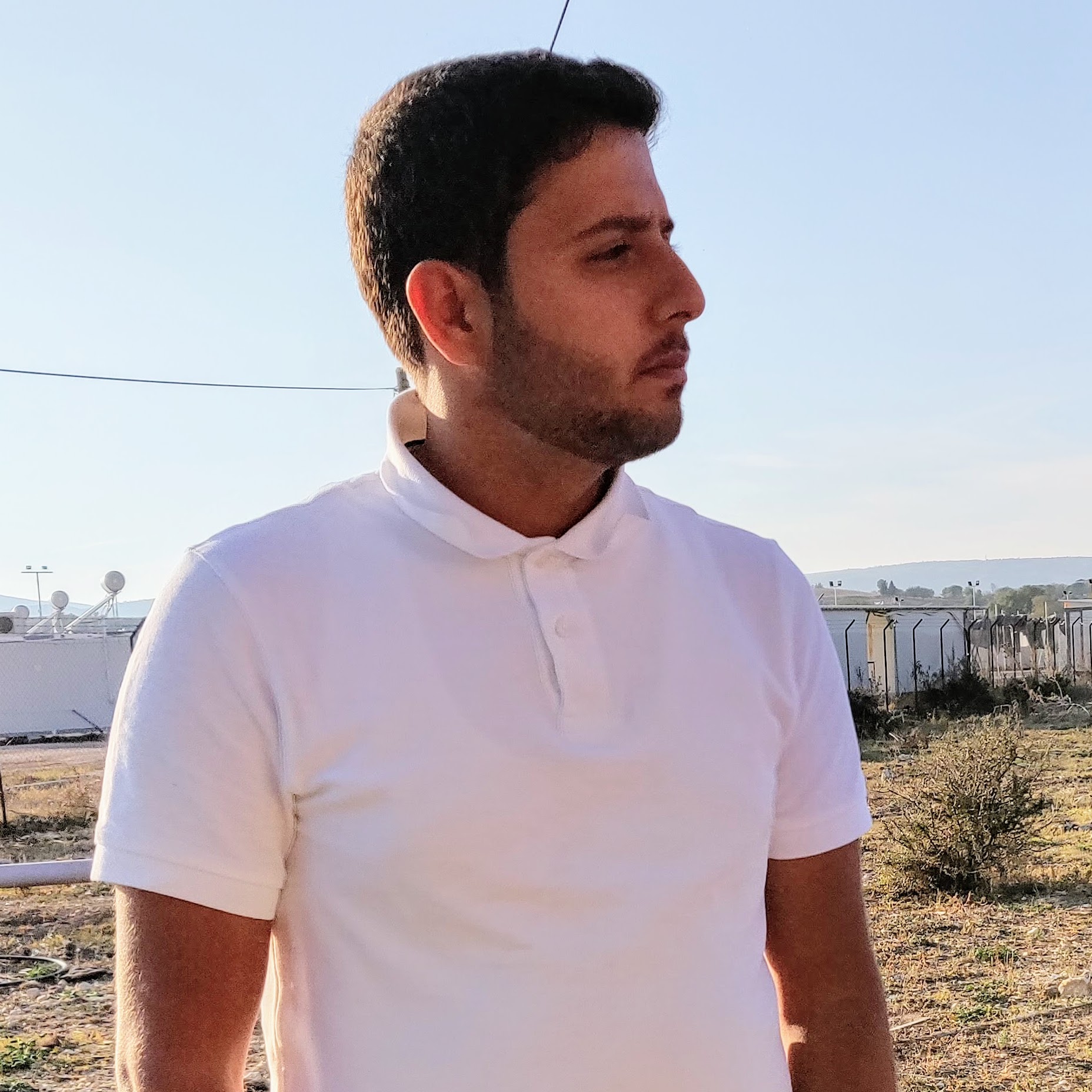 Ahmed has taken on the Halal chicken supply business from Musham who quickly made it a success. Halal chicken is available from a supplier in Ioannina and very popular on the camp.

Musham repaid the full loan within 2 months and is now thinking about his new idea. Ahmed has the freezer and some stock so really needed working capital to make sure he never runs out.

He and his wife have 2 young children. 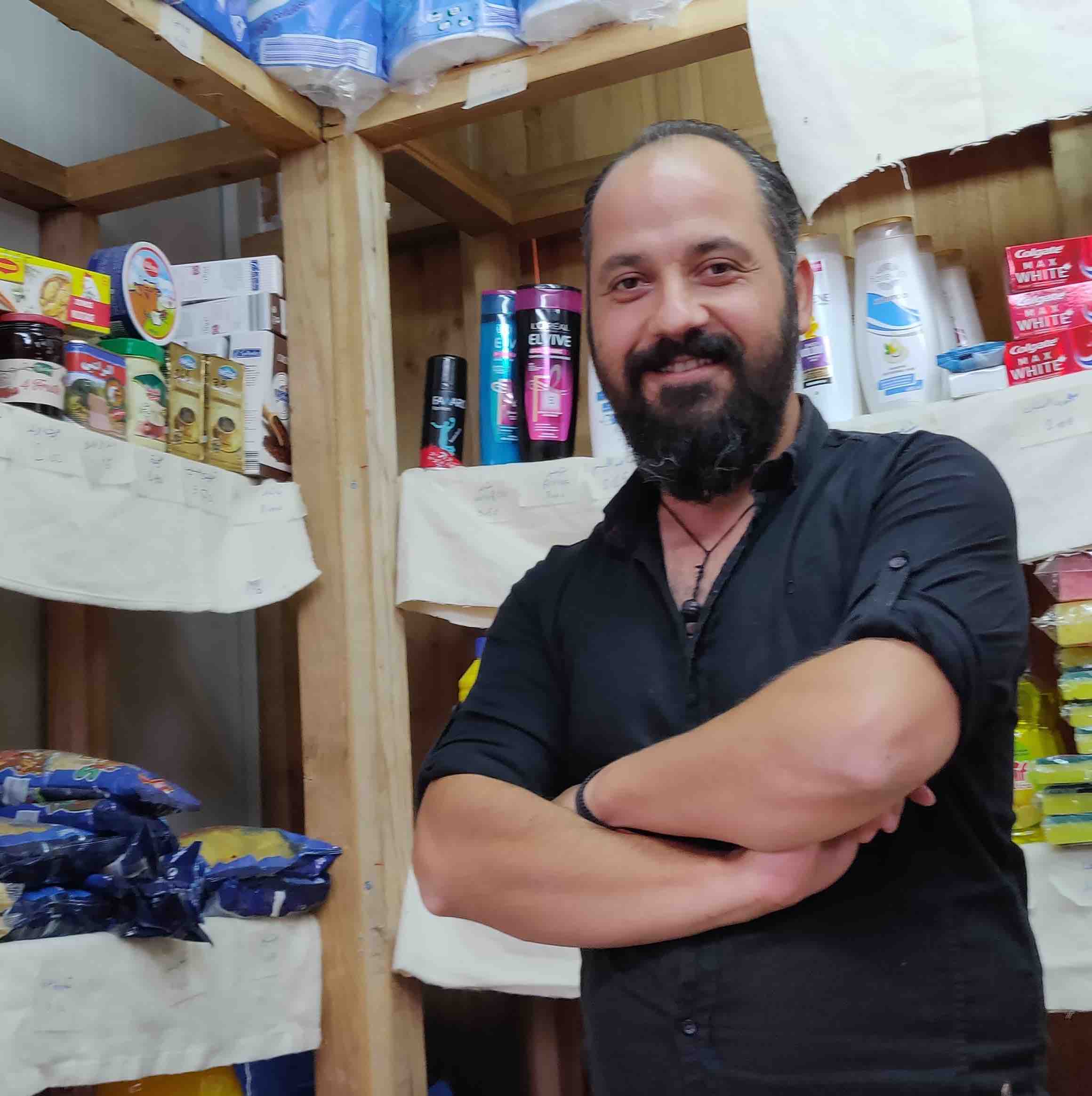 Nour already had a well equipped kiosk with a wide range of basic products. He needed capital to keep the shelves stocked to avoid having to travel into Ioannina to replenish small quantities. He is also in the process of buying a bicycle so he can speed up his re-stocking.

Originally from Syria and incredibly hard-working, he spent four years in Germany before returning to Turkey to be with his wife and young daughter. His wife is now pregnant and their second child is imminent. They are keen to stay in Greece if they can make a living there. 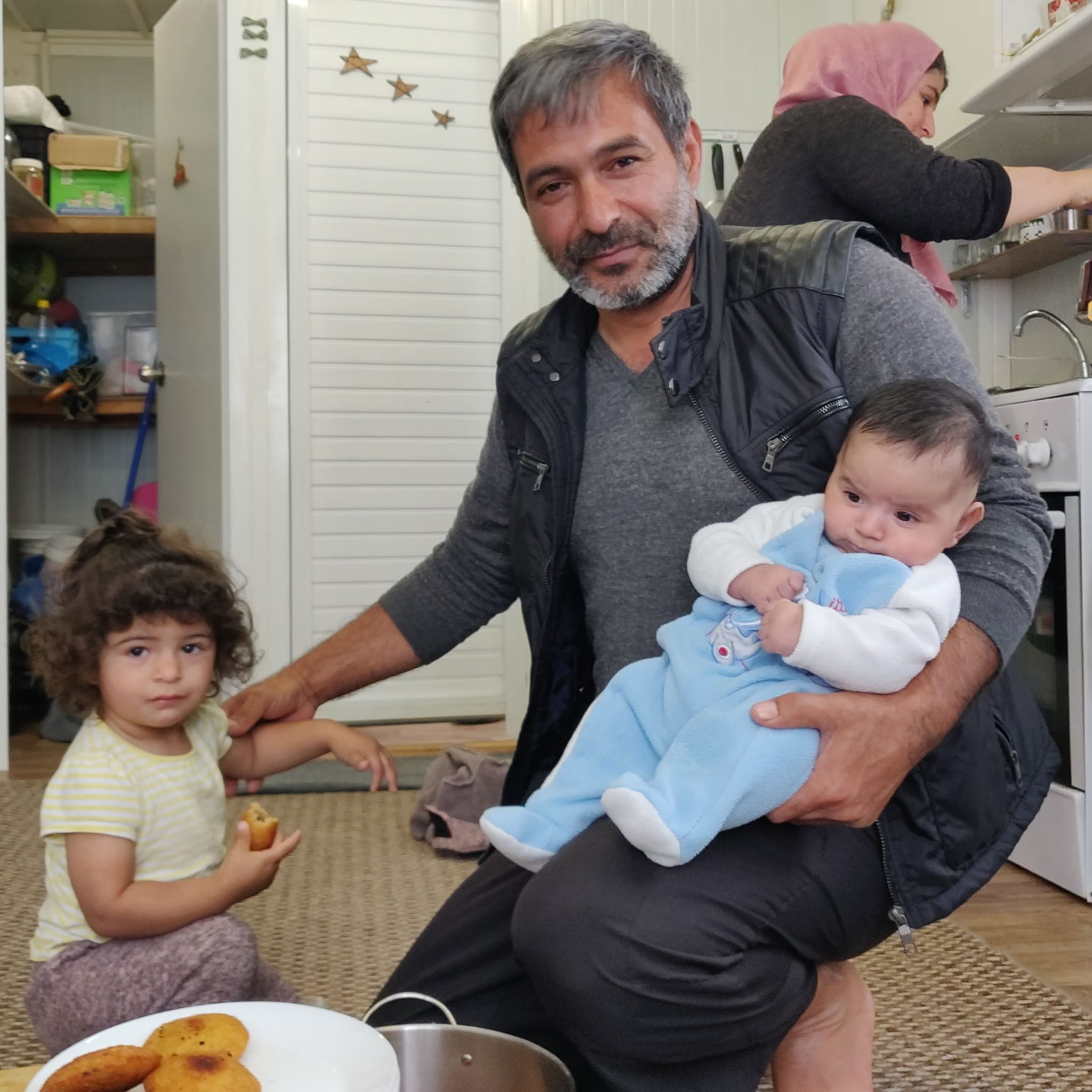 Ahmed, his wife and his two young children are from Syria and they want to start a family enterprise. Ahmed is taking the lead on the supply and logistics while his wife makes the delicious pies. We know - we had to try them as part of the proposal!

The pies are lightly spiced and come with a range of fillings. This is tasty, nutritious, home-baked, fast food. All they need is a bit of support to buy the materials to get started. 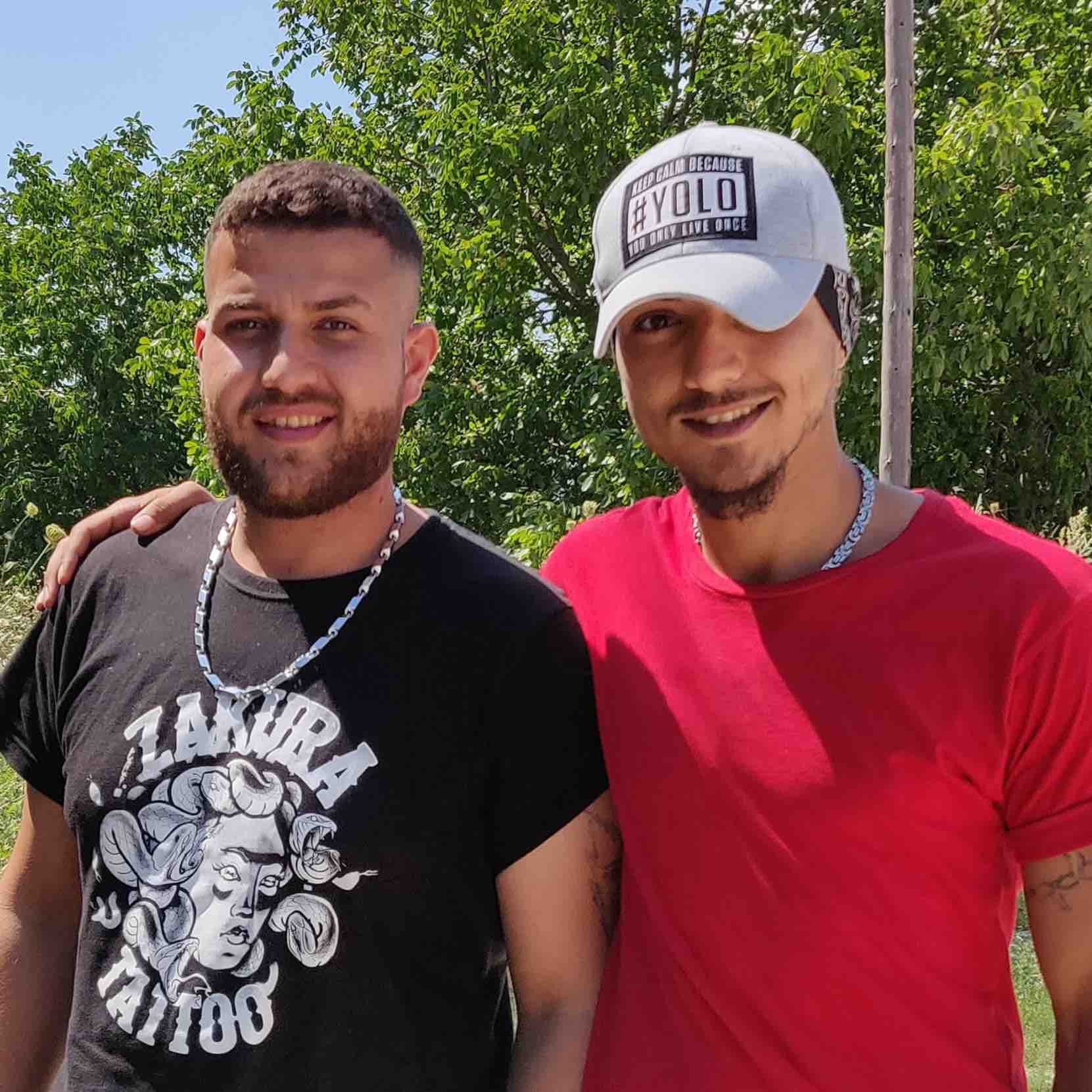 This young man is living with 4 others in the same caravan. One – his brother -  already runs a barbers and another wants a tattoo parlour.

Clearly resourceful, he is keen to do something to improve his living standards and to have a purpose. He has struggled to get a sandwich shop up and running but is now keen to set up a games room for other young people on the camp. There is big demandm for this and fits perfectly with this fun-loving bunch. 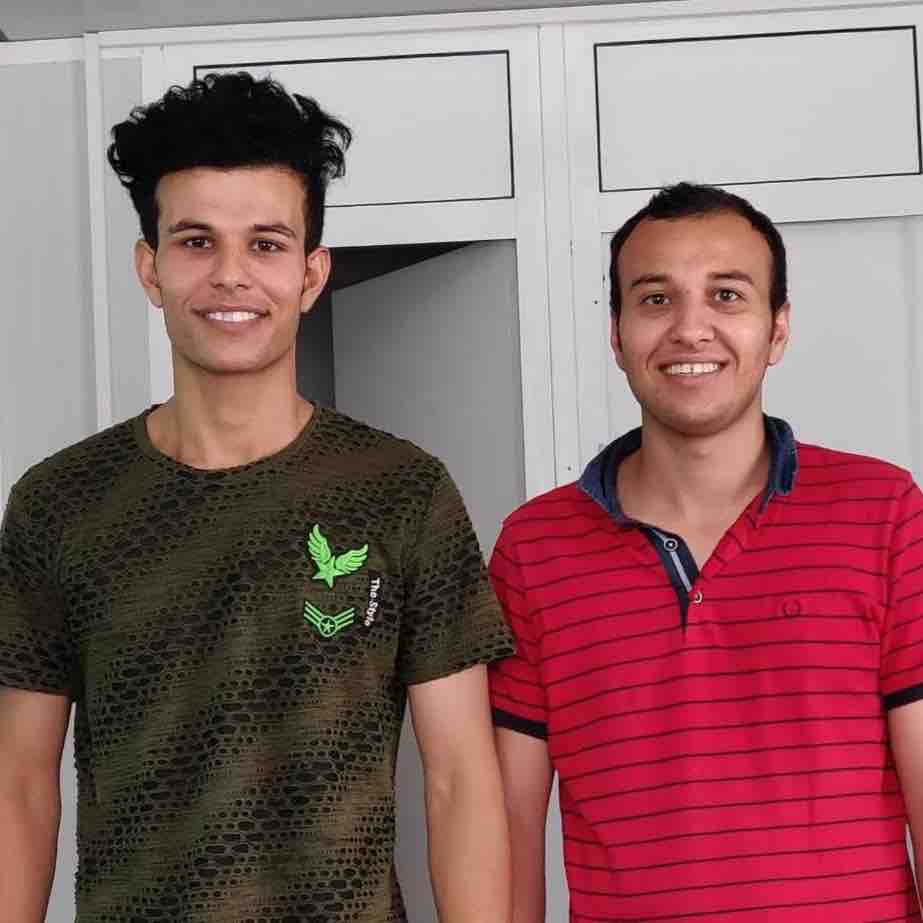 These three enterprising young Iraqis aged 18, 20, and 24 live with their mother and are committed to staying in Greece which they described in their proposal as "a beautiful country with its civilised and exceptional people". They want to start a car wash business and this is a service they understand.

They identified the equipment they need (water pump, jet wash, hoover, materials) but have still not found a place they can set up with electricity and water. We are working with them to identify an interim activity. 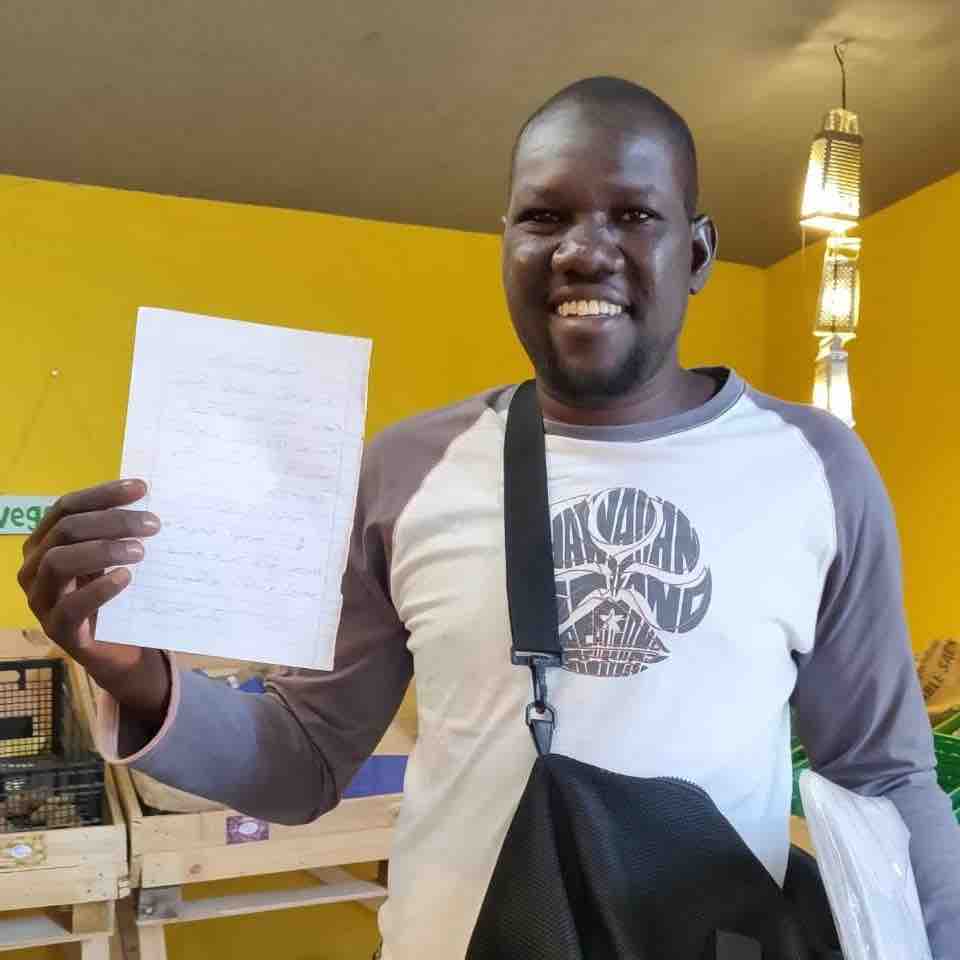 Sudanese Abdul-Kadir is an experienced salesman so just needs help getting more stock. He knows what people want to buy, how tastes change and no-one can resist his winning smile. He wants to support his wife and 3 daughters aged 8, 3 and 2 months.

He could buy his products from Athens which are cheaper but it is easier and he could still make a profit by reselling items from the a local wholesaler in Ioannina. We are working with him to get started.