We supported Katiskas camp from December 2017 to September 2019.

We created a shopping arcade inside an empty hanger on the camp in preparation for the arrival of up to 500 refugees in May 2017. It had a mini-market with themed clothes boutiques. Since then, the camp grew to about 1,200 refugees waiting for their asylum applications to be processed.

In that time, we made a lot of changes to the hanger we managed and to the activities we ran on the camp. Everything you see here was created by volunteers and special mention has to go to Co-ordinator Dan Ransom who was there since March 2018 and the incredible powerhouse behind this unique and pioneering service.

Invited to set up in March 2017, we were offered a long hanger that had been used in the previous year for sorting and distribution. With no refugees on camp there was an opportunity to completely start again with a custom-made arcade which we did with the support of Help Refugees and the Timber Project. This is what it looked like when we started: 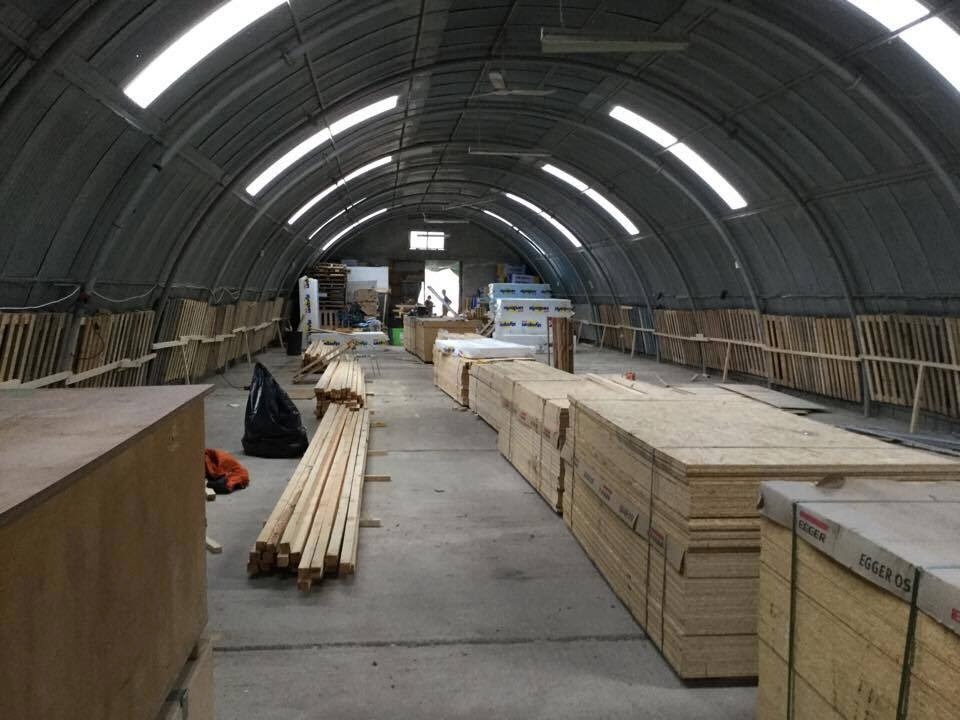 And this is what it looked like when we were ready to open with each of those rooms beautifully designed: 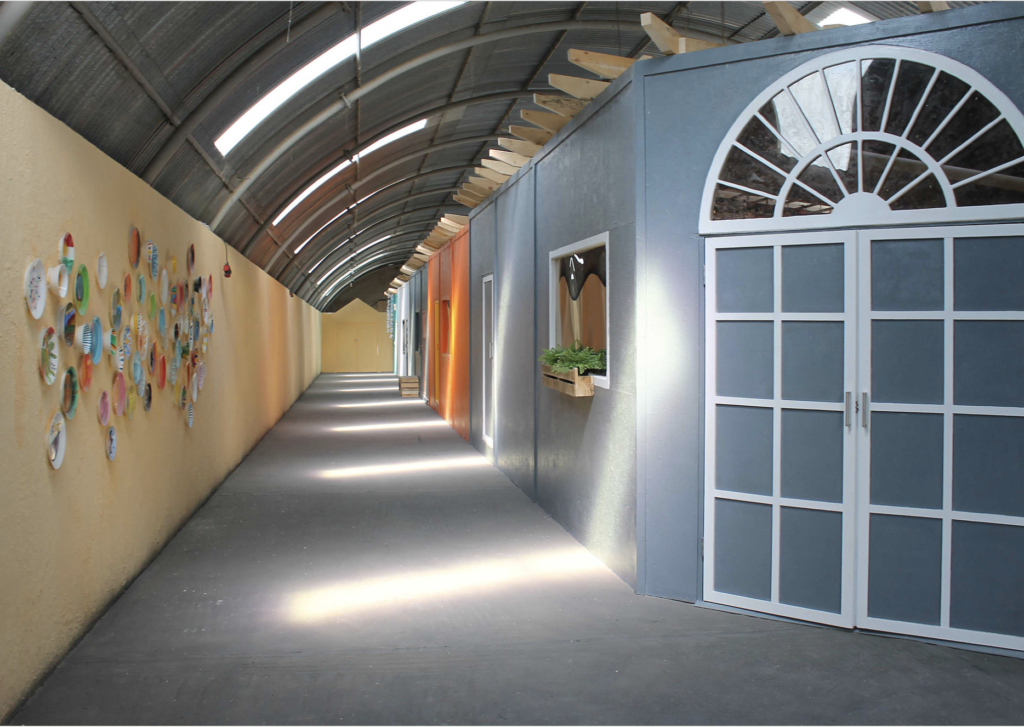 We constructed themed rooms along a ‘market street’ with separate clothes boutiques  for men, women, kids and shoes. 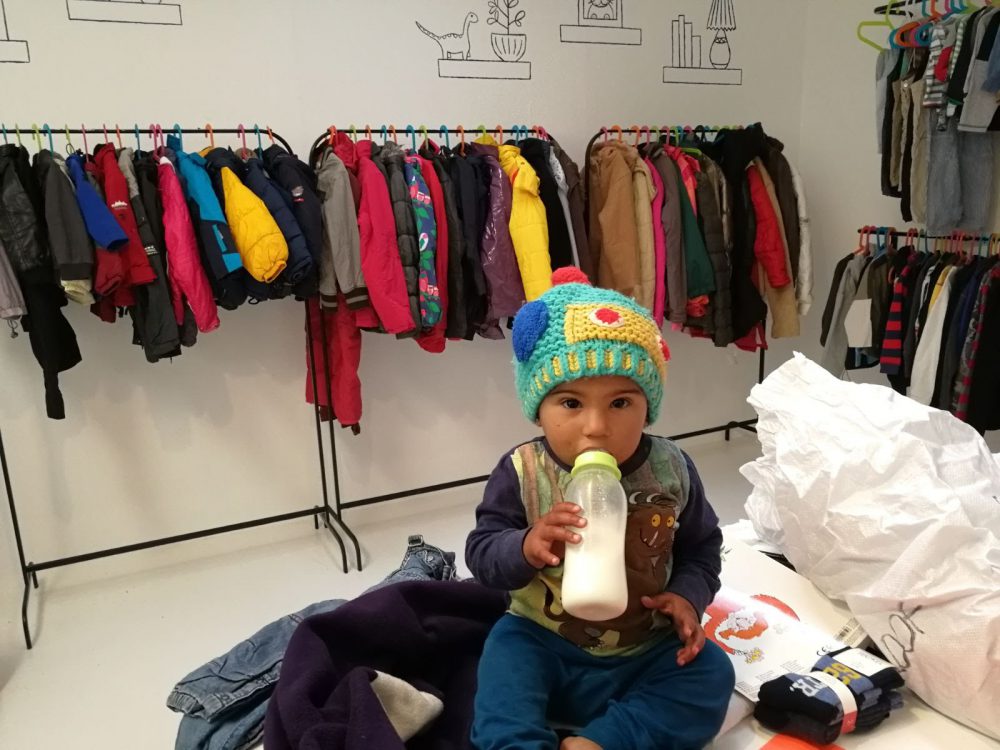 At the start of 2019 we stopped distributing clothes and converted these rooms for more important, useful activities.

The mini-market – a free shop

The heart of our operation was always the mini-market. Open Monday to Friday at the same times – and without fail – friendly volunteers distributed fresh fruit and vegetables and essential food that we knew people wanted, gave them a taste of home and helped with food security.

Everyone on the camp received tokens that they could use in the mini-market to choose what they wanted. It really put dignity and normality first. We recorded what they bought so that we could track distribution and manage the stock. 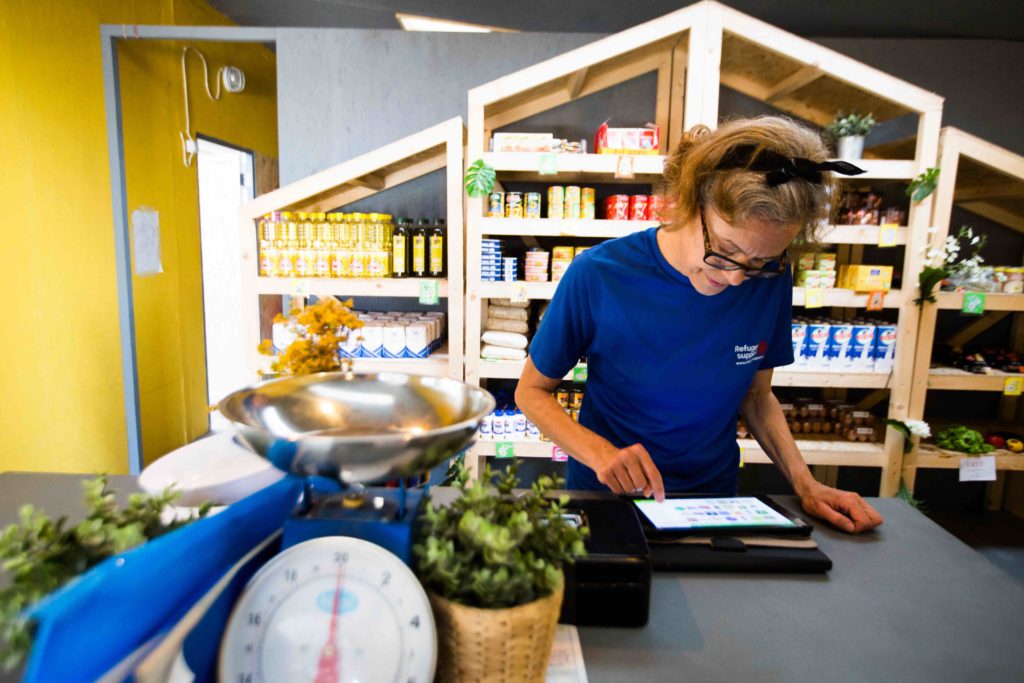 Our mini-market served everyone at the camp, without fail, since we arrived in December 2017. When an additional 500 people arrived over the weekend from the islands in October 2018, we got them immediately into our mini-market system and at the same time continued to support all current residents.

We’re convinced that this consistency, normality and respect for everyone helped to defuse conflict, particularly at moments of tension on the camp.

Changes in the use of the boutiques

We distributed clothes though themed boutiques throughout 2018 until there was no longer a need for clothes. Distributing used clothing is also highly labour intensive, wasteful and often undignified for the men who rarely got a choice.

Camps should be temporary places but in Greece generally and in Katsikas specifically they were becoming more permanent homes. Needs were changing so from May 2019 we converted the rooms into services that were now being run by people on the camps. The government should be doing more but in that absence people need to organise themselves. That was not easy on a camp with over 30 nationalities so it was a testament to their resourcefulness that these were up and running.

Here is the kid’s classroom for learning English, Greek and Arabic. Some of the children went to local schools but all were missing out on a good education. 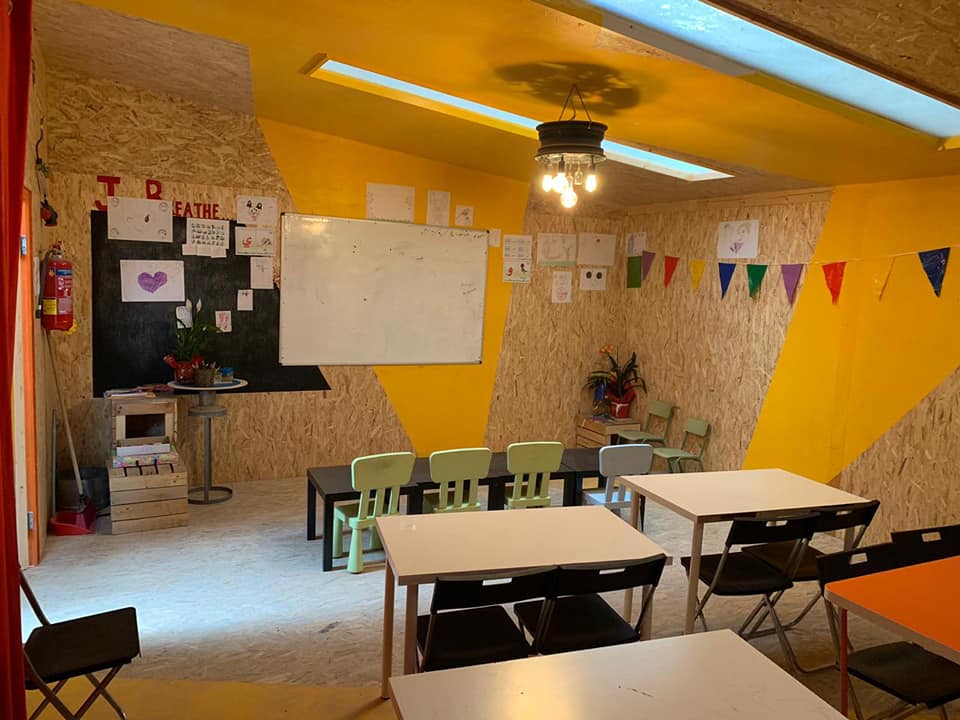 Adults were left in camps with few services to help them rebuild their lives. If they are to leave the camp and get jobs in Greece, and many will have to, they need to learn English and Greek. They were getting some lessons in this room: 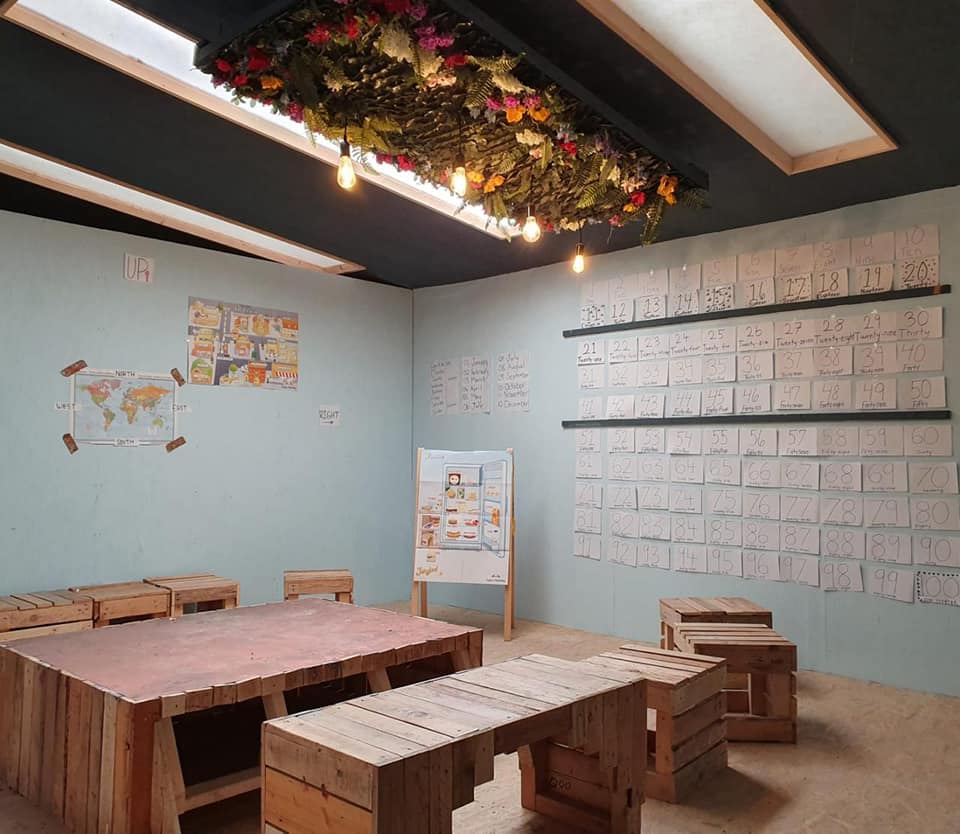 Volunteers were still very much involved in running activities with the children on the camp and we also had this lovingly decorated child friendly space for them to play in. 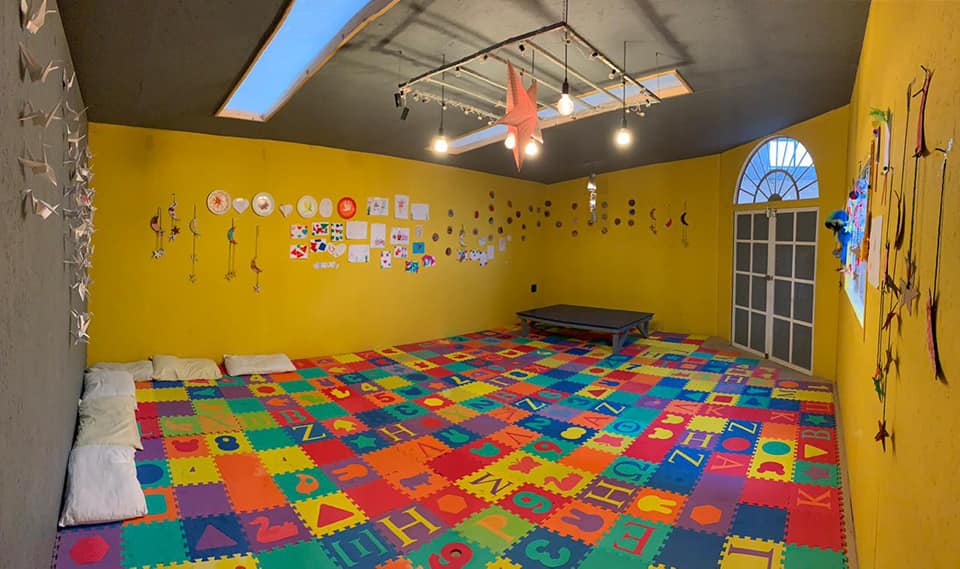 Our most recent renovation in June 2019 was to convert one room into a cinema with cushions, good speakers, a powerful projector and a good selection of films in a variety of languages. But all kids love a Pixar movie in any language: 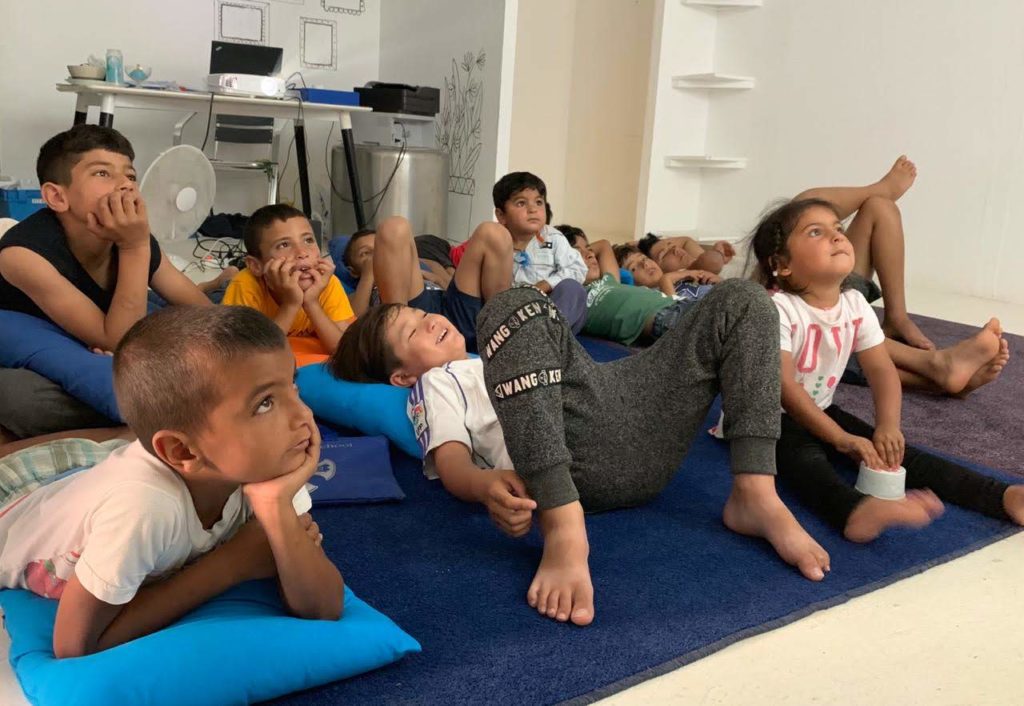 We managed the mini-market until we finally left and kept it looking nice. 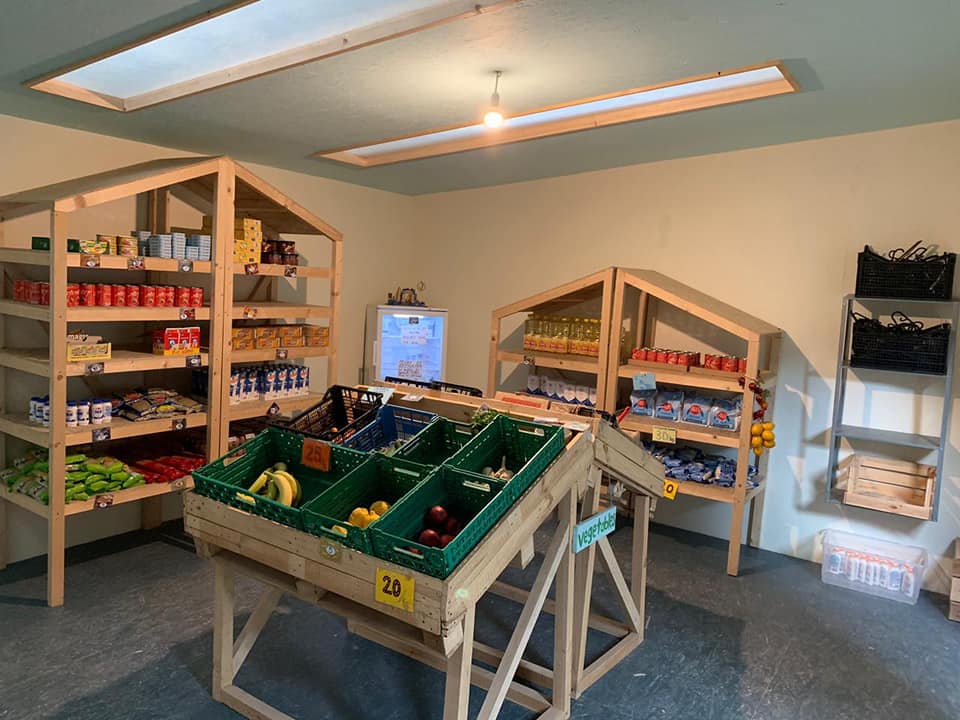 None of us want to create something on the camp that makes people feel like it has become their permanent new home but we also needed to do and offer things that nourished the soul. The community garden started in spring 2019 with the help of many on the camp and was soon well established growing flowers and herbs. Here it is getting off to a good start: 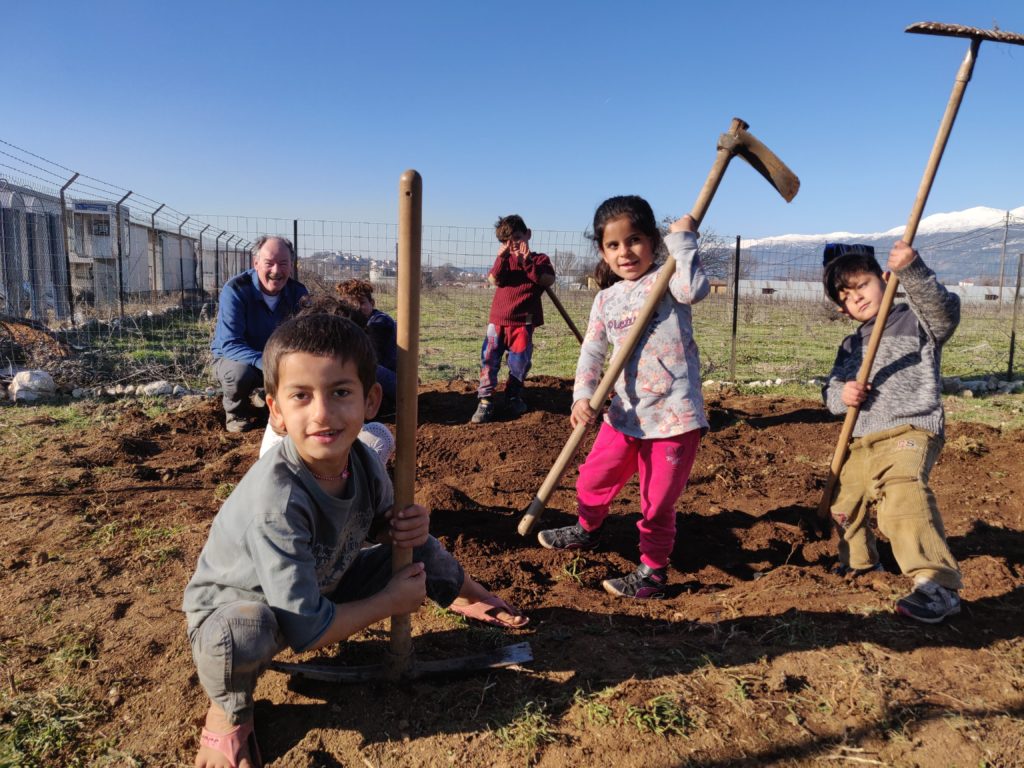 The camp environment is crowded and impersonal and so we worked hard to create a welcoming and attractive space for people to feel valued and have somewhere they could call theirs to gather. 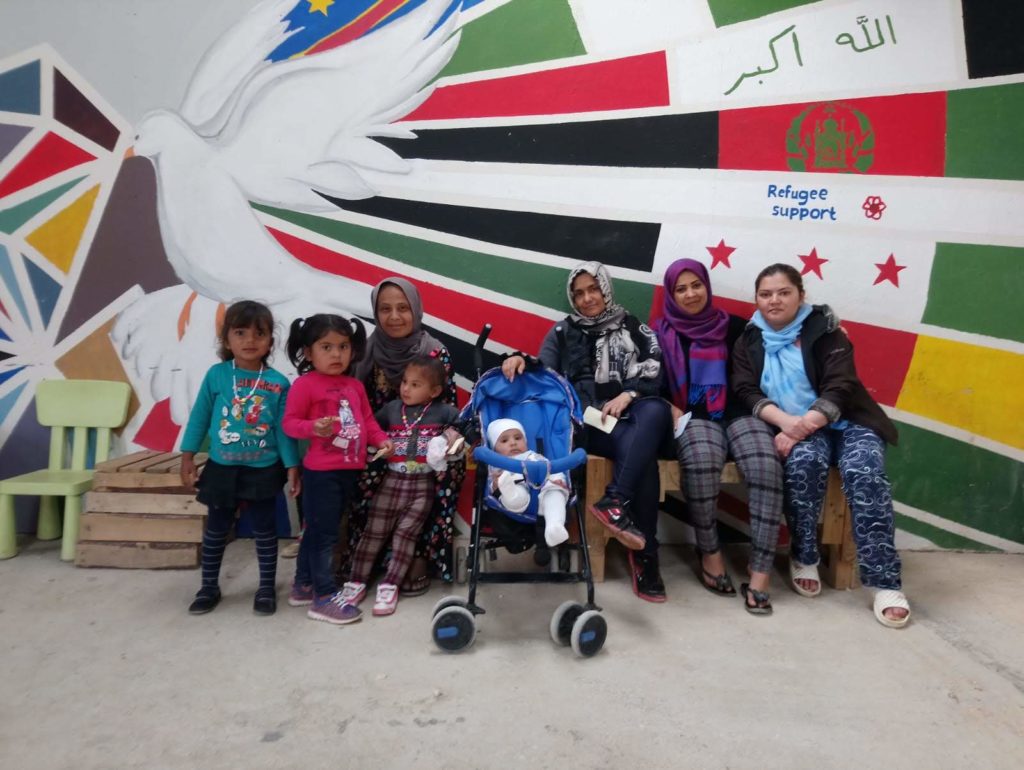 We had a cafeteria and our brilliant volunteers spent a lot of time cleaning, painting, fixing and playing so that life can be as good as it possibly can. 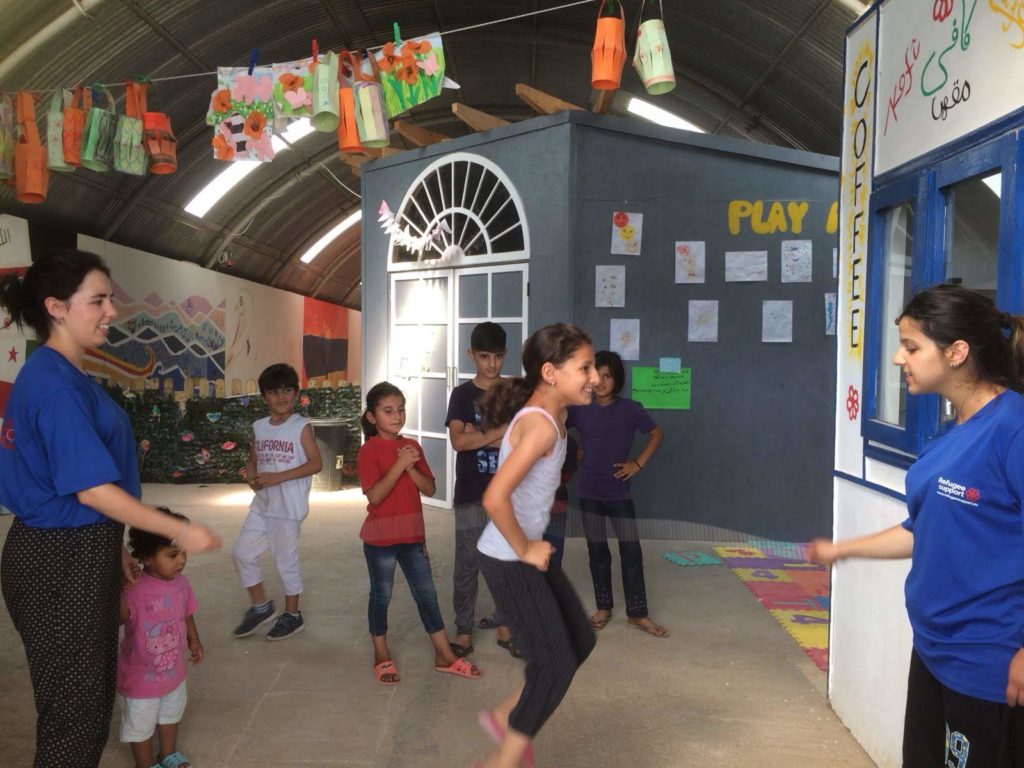 During our 20 months at Katsikas camp, we freely distributed about £95,000 fruit and veg (thanks to Help Refugees) and £145,000 other food (our biggest sellers were oil, milk, yoghurt, eggs and sugar). Thanks to Carry the Future we also distributed 180,000 nappies/ diapers and 50,000 sanitary pads. This was all bought locally in Greece and distributed using points in a dignified and friendly way.

Critically, we stood shoulder to shoulder with people who are living with terrible hardship and did what we could to help.

Unfortunately, the Greek government policy of keeping people on camps and not enabling them to integrate made it impossible to continue helping on the camp. We have written in detail about that here.