I am Francesco, 21 years-old from France and I volunteered in Cyprus with the European Solidarity Corps (ESC), an Erasmus+ program before applying to the Dignity Centre.

As I was volunteering in a small village in the North-East of Cyprus, I wanted to prolong my stay as I really enjoyed that experience. I was looking for other opportunities of volunteering when I discovered Dignity Centre that was welcoming new volunteers.

The migrant crisis “topic” is something that has been interesting and touching me for a long time. For months I followed the story of the Aquarius (the previous name of the Ocean Viking), the boat sent by the French NGO SOS Mediterranée to rescue migrants that try to arrive in Europe from Libya on very small and fragile boats. These kinds of stories brought me a lot of interest for this topic, as well as a greater awareness of the issue.

While I was looking for other opportunities to volunteer in Cyprus, I thought about this subject, and I discovered that it was also a main problem there. Indeed, Cyprus is located in a strategic point for people from Africa and Middle East that must flee war, ecological disasters, or persecutions.

Then, I had an interview with the Dignity Centre, and I received the possibility to join them!

Even if the experience was short, it was an enriching time for me as I was discovering the association’s actions. Because of Covid, many of the usual services of the Centre could no longer be proposed (language classes, bar, games, football games etc.) which was a bit frustrating, but I could still help with the welcoming of migrants in the centre that needed to shower, to clean their clothes or to have a small support with official documents. Every little support is valuable!

I discovered the sewing workshop that happens throughout the year, and I could also see that barbers’ services were offered for free from volunteers three times per week. 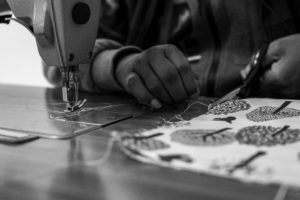 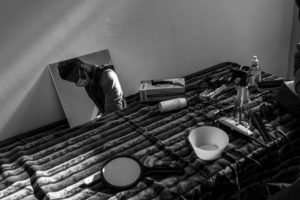 One of my best memories is when I went with Paula and Laura to give hygienic bags to a group of asylum seekers that were living on the streets. A few days before, Paula received some news about this group that had been seen in the streets (from what I understood, regularly, new groups of migrants that are not hosted in a camp are just abandoned in the streets without any more help from the government). After she got in touch with Caritas, another association acting there, she had the confirmation that no other NGO was helping them, and that we could offer our help. We joined this group and started to give these bags to them. It was impressive to see how diverse the group was: they were from different countries, they were children, teenagers and adults, men, and women; lots of them could speak French which was a nice opportunity to exchange and share with them.

This is all I can say about this short (three weeks) but rewarding experience.

I advise anyone that can to act and help in this field because it makes you learn a lot about so many different topics and a bit about yourself!