As Coordinator at the Chisinau Dignity Centre, I had the great pleasure of meeting Olena. This is about her as well as me.

Olena is a Ukrainian refugee who was volunteering for Moldova for Peace and for the UNHCR. Wanting to help her fellow community in whatever way she could, she became a volunteer translator at the Dignity Centre.

She is a mother of 4, and she also cares for her own mother since having to flee. Her resilience was adorable but you could also see her obvious exhaustion. It was the result of persevering in uncertain times in an unfamiliar place whilst longing to return home with her family, a place she spoke so poetically about.

Once, she asked me if I had ever visited Ukraine before the conflict. I told her I hadn’t but that I have always wanted to as my grandfather was Ukrainian. I explained how he was imprisoned by the Russians in the early 1940s and had escaped from a hard labour camp in Siberia and walked to Egypt at the age of 17. He then stowed away on a British Army boat destined for Southampton.

He never got refugee status and lived his life in the UK as an “illegal alien” and sadly lost contact with many of his family after the war, who, being Jewish and politically active all perished from the succession of Soviet and Nazi occupations of Lviv.

Olena was touched by his story, reaching across and asking if it was ok if we hugged, I agreed. She told me how I must go and see his home city of Lviv, and learn as much as I can about the Ukrainian language, food and customs. We talked about how history, collective amnesia and how civilians always pay the heaviest price in times of conflict and occupation. Olena expressed how important these conversations were to her, and how she enjoyed coming to the Dignity Centre, because “I can be myself here”.

From then she would come with gifts for the team, her mother made us all hairbands and brooches out of ribbon, brightly displaying the Ukrainian flags colours of yellow and blue. Her mother had also made a selection of hand-woven Motanka dolls for us as gifts of appreciation for our solidarity.

Motanka family talismans are an ancient part of Ukrainian culture, dating back over 5,000. They are made to represent strong family bonds and unity over generations. Olena explained to me that these were Guardian Motanka, and they are believed to bring harmony and prosperity and protect family and home.

Olena would also bring fruit and treats for us all as well as introduce us to her children. Olena’s oldest daughter aged 15 has a great passion for art, she showed me her very skilled collection of delicate watercolours and acrylics, all beautiful observations of the natural world, flowers, countryside views, fruit and vegetables. All Ukrainian. I asked if she would like one of her works to be framed and hung at the Dignity Centre.  The following day Olena proudly presented me with a picture her daughter painted of Onions, she proceeded to tell me how onions are a staple in Ukrainian cuisine and that Ukrainian onions are the best!

I will never forget the conversations I had with Olena, her proudly teaching me phrases in Ukrainian, sharing her family’s stories, talking of history and both our wishes for peace and a safe future for her and her family.

Every time she left the centre she would sincerely thank us for our solidarity and invite us to stay with her when it was safe to return. How she longed for her home. It would take all my strength to hold back my tears every time she invited me to see the country she loves so much when the war was over. Every time I would reply that I hoped that day was soon, deep down knowing that that was very optimistic. 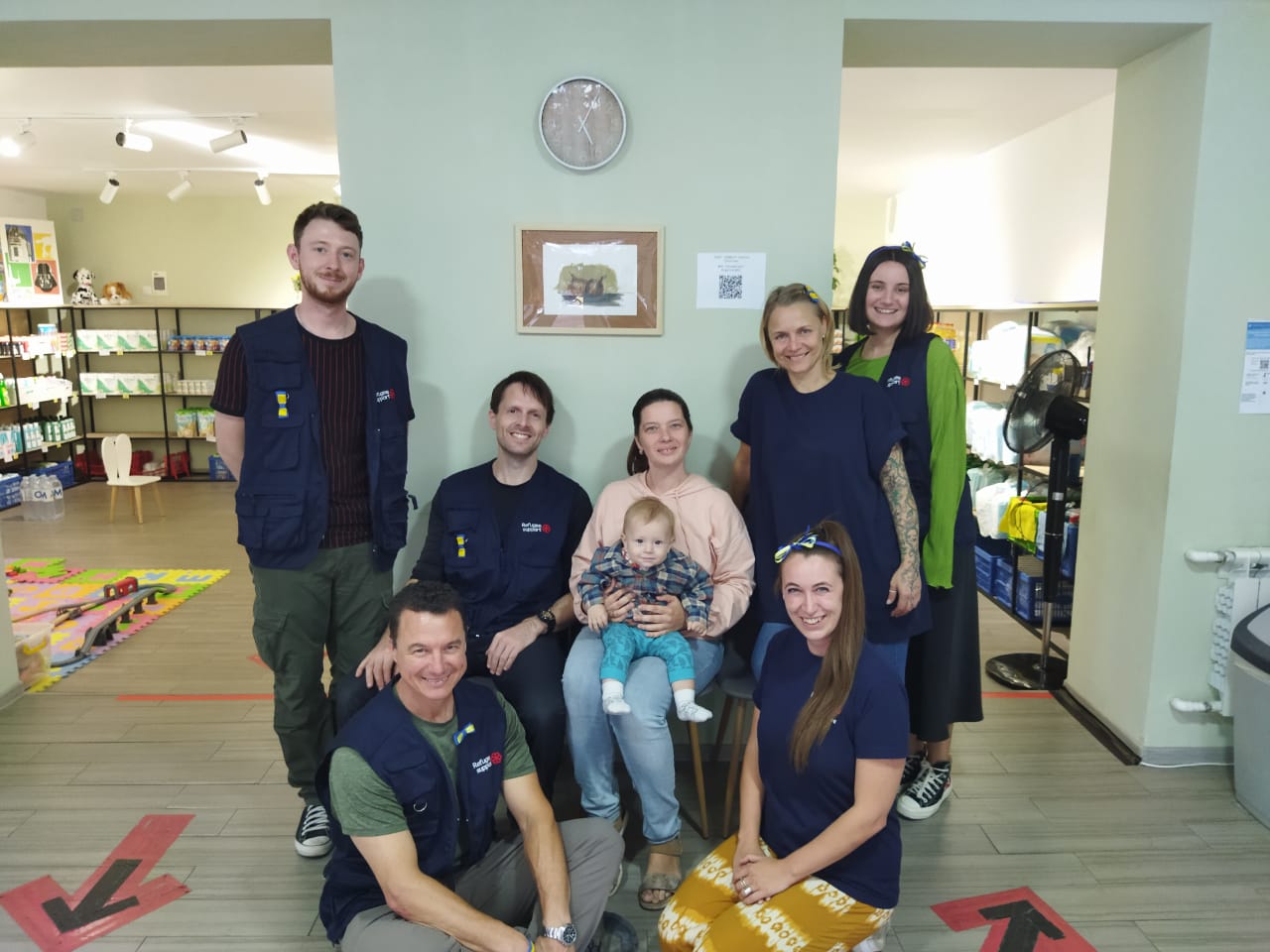