RETRACING THE REFUGEE ROUTE: DAY 4 ALONG THE RAILWAY 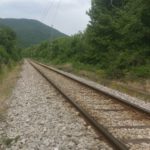 When refugees crossed from Idomeni into FYROM in 2015 they passed through a large transit camp at Gevgelija near the border.

Then they made their way north towards Serbia by following the railway line. It’s a single track and unfortunately many lost their lives. 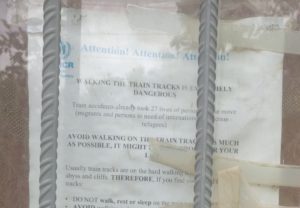 This sign warns people about the dangers but I can’t imagine it had any impact. Some waited for trains, some took bicycles and some got lifts from local people (although that was illegal). But some had to walk. 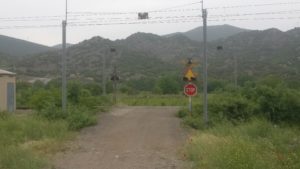 We are told that local people helped but this is a poor country with about 2 million people. And then 800,000 people passed through. The village of Demir Kapija is sleepy now but it had thousands of people camping there. It was hugely disruptive and many were not welcoming. 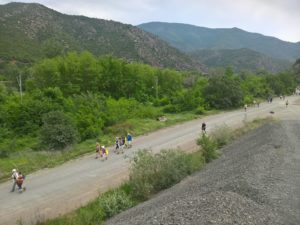 We walked along a path that ran alongside the railway and the countryside is beautiful.
There are eerie signs that refugees walked the same way, like Arabic graffiti at one of the stations.

But it feels like the passing of so many lives on their way to Germany belongs to another time in history.

The border with Greece is firmly closed and FYROM has returned to a life without them.

After 4 days together, we fellow walkers are all firm friends. 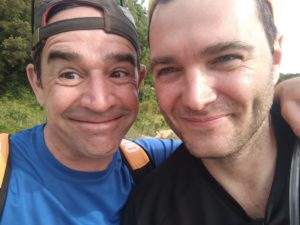 Raul works for facebook in Ireland and has volunteered at both LM Village and Filippiada. This walk is a gentle distance for him. To raise money for Refugee Support last year he walked 1000km….Facebook is critical for us and Raul has been a huge help with that 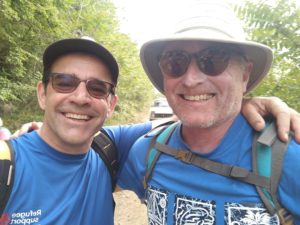 Andy is an electrical engineer for super yachts and is here with trustee Bea. Like all good partners, he is hugely supportive of what she does and has also volunteered at LM Village. Immensely likeable. 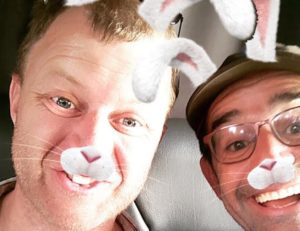 Barry runs an Irish IT company  that employs people from around the world but doesn’t have an office. Very modern. He decided to join us on the walk when he listened to our podcast about it. Very hoppy about that. 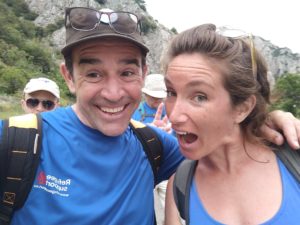 Katherine is an ecologist. She has volunteered twice in Greece and on one of those was dropped into the co-ordinator role at a difficult time in 2016. She is also from Brighton so we’ve already walked together when she joined me on my painful marathon. 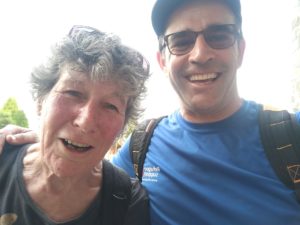 Suzi is a former teacher and now she supports aid efforts locally in Blandford and in Calais. Her local group works closely with our friends at RAFT in Taunton. The people in these local groups really are the powerhouses of care and support.