Ba has been working with us as Master Tailor in our Sewing Space since we started, and is not only a great teacher, but a valuable source of knowledge for everyone at the Dignity Centre. Ba holds three classes per week, teaching members new patterns and sewing skills. Everyday he patiently responds to the women calling “teacher”, helping fix broken needles, re-thread machines and offer advice on the next step of production. Always wearing a smile, with a joke ever ready on his lips, Ba brightens the Dignity Centre with his presence.

This is his story:

My name is Ba, from Guinea. At the age of 15, I went to Senegal to study as a tailor, which has been my dream job since I was a young boy.

My father was already living in Senegal at that time, so he introduced me to a friend who was an amazing teacher, and turned me into a professional. I was still a young boy when my father died, and I went through a such sad and hard time. Since he was the one taking care of the family, and I was the elder son, I decided to go back to Guinea to help. It was a lot of responsibility for a young boy, but after some time I managed to open my own tailor shop. At the beginning it was just me, then things started getting better and I hired some employees. I was feeling so happy and proud of what I had achieved, so I decided to get married and have children. But I belong to the Fula ethnic group that is often discriminated against in my country, and as my shop started going better and better, I started to receive some threatening letters. One night someone broke in and stole three of my machines. It cost me a lot of money to fix the place, and I could only buy two machines, with the help of a friend who loaned me money.

But what put my life in real danger was the fact that a political party, the UFDG, came to my shop to make some t-shirts and flags. It seemed like I was taking part in the political campaign, and I became a target. Two weeks later my shop was burnt down over night, and I lost everything.

I came to Cyprus to save my life. I am happy to say that I’m safe now, and that I feel supported and protected. I am happy to be able to work as a tailor at the Dignity Centre, where I have found another family. 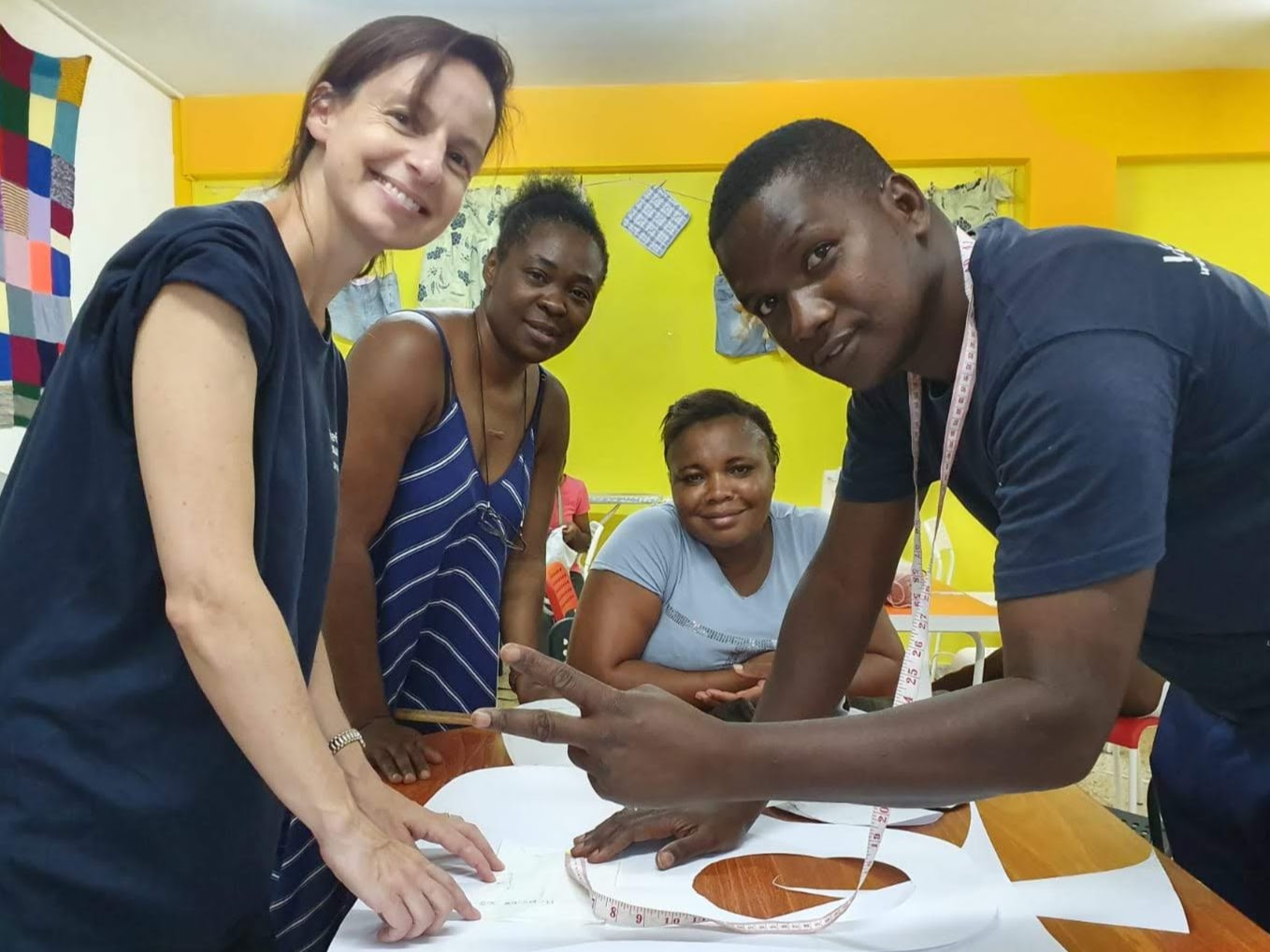