As an organisation we co-operate with the other agencies on the camps and we have to focus on what we do best from week to week but, when there are times of sudden need, we are the only one who can act quickly. 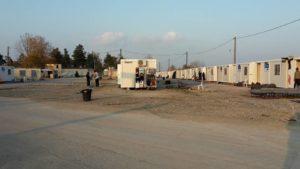 On 9 November, it was fantastic to finally see the refugees in Alexandreia moving into isoboxes after 8 months living in tents. The tents were unbearably hot in the summer, prone to flooding and lacked privacy. Not only that, as one woman happy to move into an isobox with her family said: “Now we can sleep without the rats.”

But the main benefit would be protection from the cold, as temperatures are now dropping well below freezing. 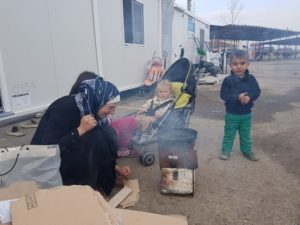 Unfortunately, while the isoboxes had heaters, the authorities had not planned for the electricity network to power them all. The refugees were now more protected from the elements but they were still very cold and the medical team began to fear that one of the babies, older people or sick would either freeze to death or there would be a serious fire while they tried to keep warm. One mother said “I would rather my children died warm than freeze to death in here.”

We have great relationships with the individuals from the other agencies who all go well beyond the call of duty to help the residents of the camp but their organisations are slow to act. While the authorities discussed various solutions, all of which would take weeks or months to sort out, we had to act now. 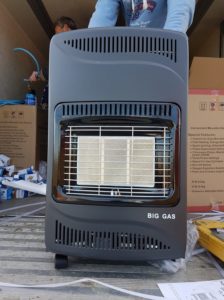 When temperatures dropped below freezing at the end of November, we were asked by the community leaders in the camp to do something. Within 2 days, we had enabled the refugees to negotiate a good deal with a local supplier for 80 new (EU approved) gas heaters which we funded and they supplied one to every isobox together with a new cylinder of gas, which they can replace once a week. We calculated that a single cylinder would provide 44 hours of heat, so each isobox would get at least 6 hours of heating a day every week. It goes without saying that the residents were delighted! 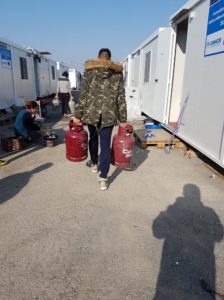 Every isobox has also been provided with a fire blanket and a Carbon Monoxide detector.

We orginally committed to funding the replacement of every cylinder once a week until the power network is upgraded. But it is so cold we are considering replacing them every 5 days.

We are now actively looking for funders and donors who can help us with the supply of this essential warmth. The gas heaters cost us 7,200 euros and we are looking at a weekly gas bill of 1,700 euros. With another 26 isoboxes now waiting for imminent new arrivals, that will rise to over 2,000 euros a week. 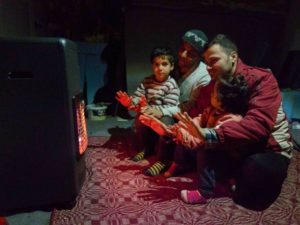 People often ask how we are different to other organisations and here it is: when there is an emergency, we are the only ones who can act immediately on the camps in a way that puts the dignity of the refugees first. 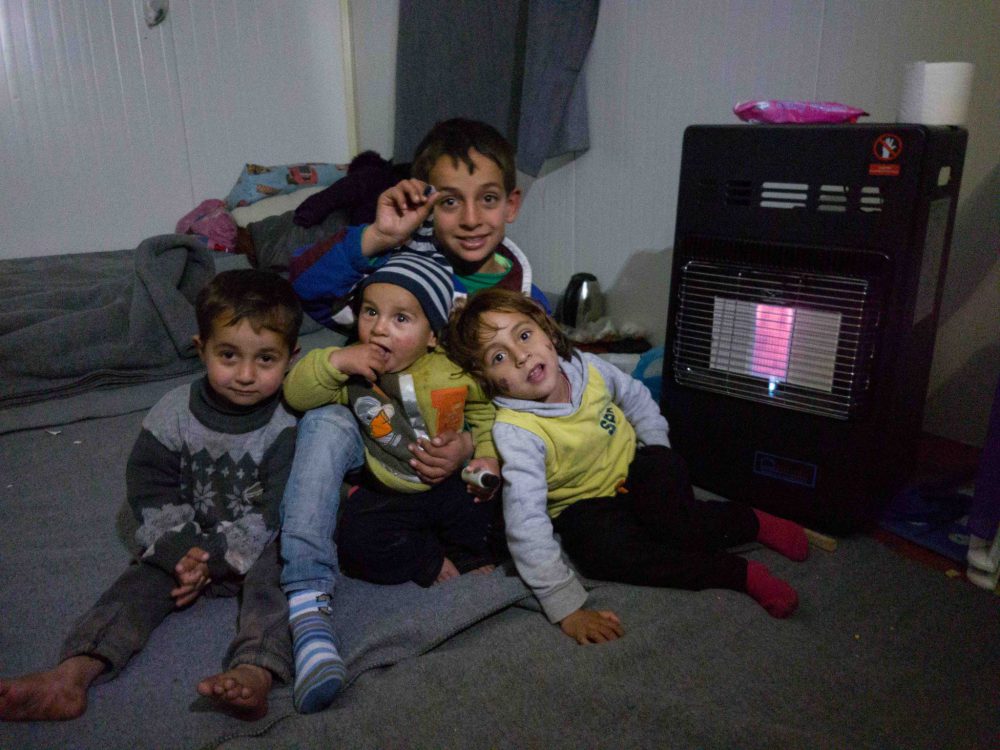