Syrian-born Abu Rashid runs a small, enterprising store in Greece offering a wide range of essentials to his local community. It is like many family-run shops around the world. But his store is on a refugee camp where he lives with over 1,000 other refugees from 28 nations.

Given the circumstances, the store is thriving, but this is no life for him, his wife, their 4-year-old daughter, and baby son. Abu Rashid is an energetic and engaging man who is a victim of Europe’s failure to adequately support ordinary people. People who are just like you and me, and whose only choice was to flee their country. They deserve much better. 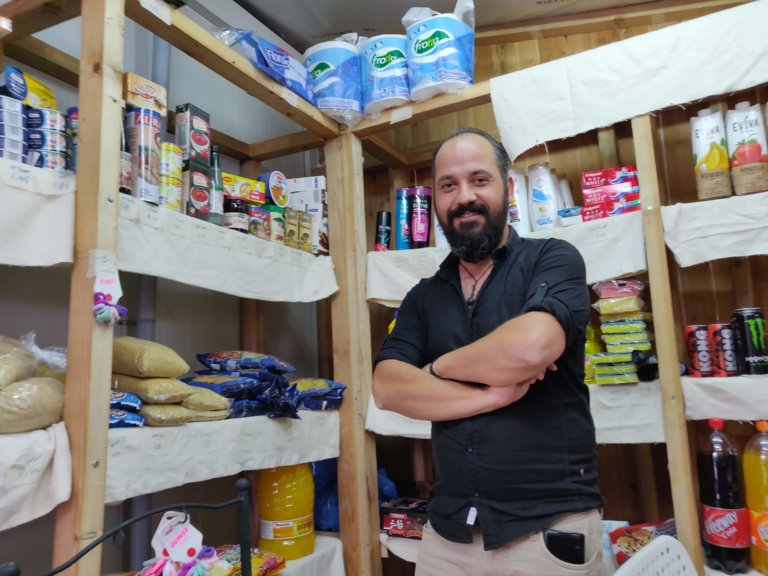 Over the last nearly 3 years, we have seen some small improvements in camp living conditions, alongside but a decline in the political will in Greece and across Europe to offer long term solutions. Not only is it immoral, it is a huge waste of talent.

Few are now living in tents, the food has improved and about 25,000 have been relocated to other EU countries. But the other EU countries are now refusing to take any more and focusing their efforts or increasing security around their outer borders. Of course, people with no other options keep on coming. As a result, the number of refugees trapped in Greece since April 2016 has doubled from 50,000 to over 100,000.

Refugee Support Europe is We are organising a sponsored walk in May 2019 (which you can join) to highlight the 70% increase in refugees crossing overland from Turkey into Greece in 2018.

We have been working on official refugee camps in Greece since April 2016 and supported over 4,000 people with essentials for this stage in their journey. We’re rightly proud of all we achieved but need governments to stop holding people in limbo and give them the opportunity to rebuild their lives.

Our operation has evolved as circumstances in Greece have changed but at its heart we have always had a distribution system run by hardworking volunteers that prioritises dignity.

We now run a large and very busy mini-market on Katsikas that provides an oasis of normality and consistency in a chaotic environment. We distribute free tokens to everyone on the camp that they can ‘spend’ to choose what they want from a selection of healthy food. 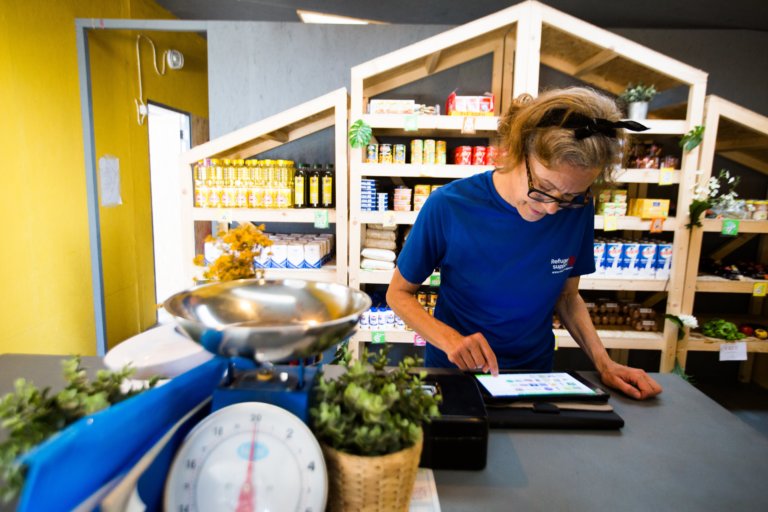 This does not compete with Abu Rashid’s store on the same camp. People need to start rebuilding their lives and we are also trying to help with that. We have created an Empowerment Fund to help people like Abu Rashid build a business activity. As one resident says: “I don’t want to live on handouts but we have no choice. All I want is to secure a dignified life for my wife and son.”

In July 2018, we asked people on the camp to submit a one-page proposal for funding of an activity that interested them and offered up to €1,000 from the Empowerment Fund to every viable proposal.

We funded 13 individuals and 10 are doing well or thriving: two restaurants, two chicken retailers, a clothes retailer, a general store, a bakery, a perfume manufacturer, a pie-maker, and an English teacher). We are working with four others (games room, travelling sales, fruit and veg supplier, car wash) to get started and more are applying.

The fact that over three-quarters are either successful or on their way to success has far exceeded our expectations. However, it is clear that the main benefit at this stage is the opportunity to have an activity with a purpose. As the restaurant owner said, “Our relaxation is a lot sweeter now.”

It is going some way to combat the mental health crisis that is growing as a result of living in this environment. People who already have trauma and loss in their lives feel abandoned and a sense of purpose is helping to turn them around or prevent them from getting worse. Parents are becoming more active role models to their children and better able to invest in their futures.  Critically, they are gaining some independence and starting to take their futures back into their own hands.

So, we are helping, but it is nowhere near enough. EU governments urgently need to accept their moral and legal obligations to get people into proper homes, real jobs, and appropriate education. No-one should be expected to rebuild their lives on the indignity of a refugee camp.

There are huge talents and abilities on the camp that are going to waste. Abu Rashid is an accomplished store owner, but is just one of many incredible people we work with whose potential is so much greater. Keeping people alive and dependent on hand-outs in a camp is not enough. They need the chance to become self-sufficient.

This article first appeared on Fairplanet