A new life, one year on

Exactly one year ago, we welcomed a family to the UK direct from a refugee camp in Jordan. It’s been a huge treat to be a part of their journey as they rebuild their lives.

We had spent 3 months preparing for their arrival after the Home Office approved our application to resettle a family under the Community Sponsorship Scheme. This is one of the ‘safe and legal routes’ the government talks about. It is a great scheme but in 6 years it has only managed to settle 169 families – a pitifully low number when you consider that there were over 27 million refugees at the end of 2021 (you can add another 5 million Ukrainians to that now).

Anyway, we were overjoyed that we would be helping to resettle a family of 6 originally from South Sudan: Dad, Mum and 4 young children between 2 and 10. It was a lot of work getting ready but with a fantastic team of volunteers, the local community and an amazing landlord, we could offer a beautiful house in Birmingham with 3 good sized bedrooms at an affordable rent. 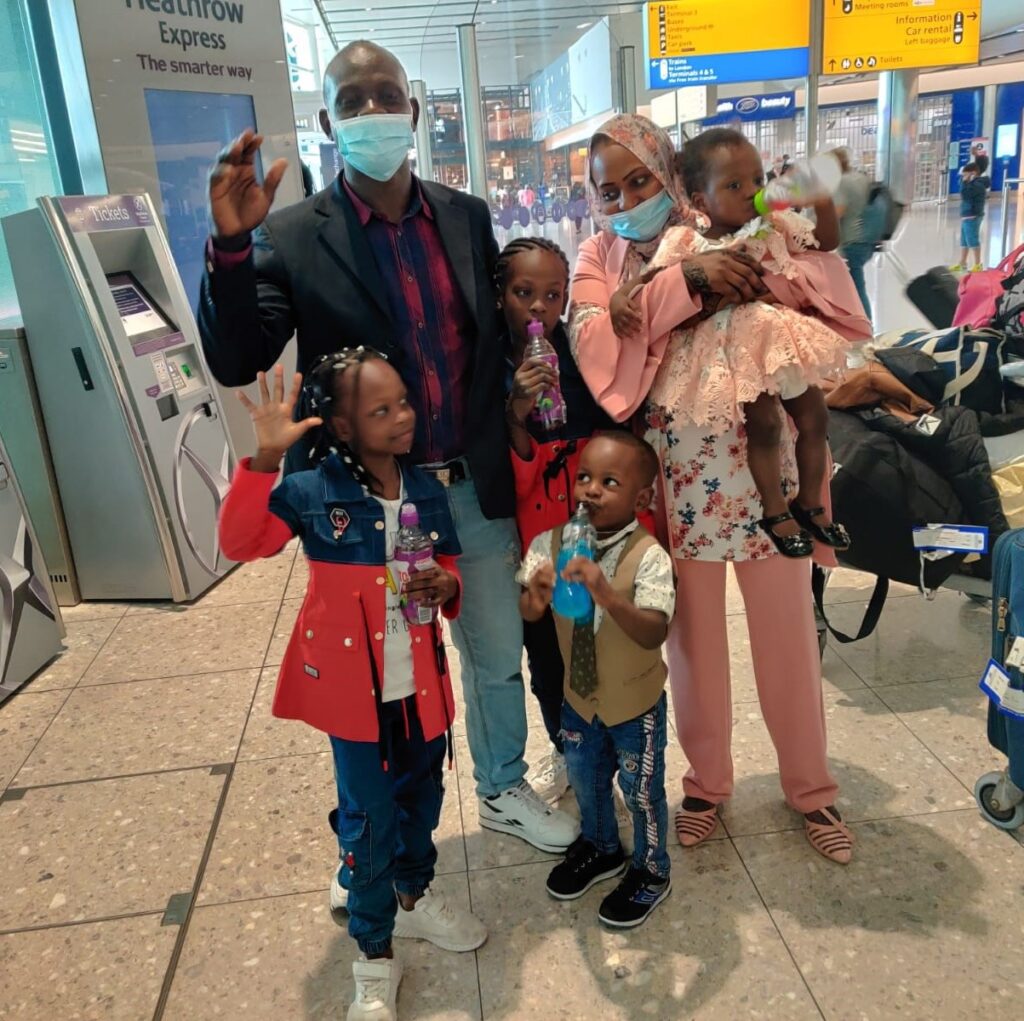 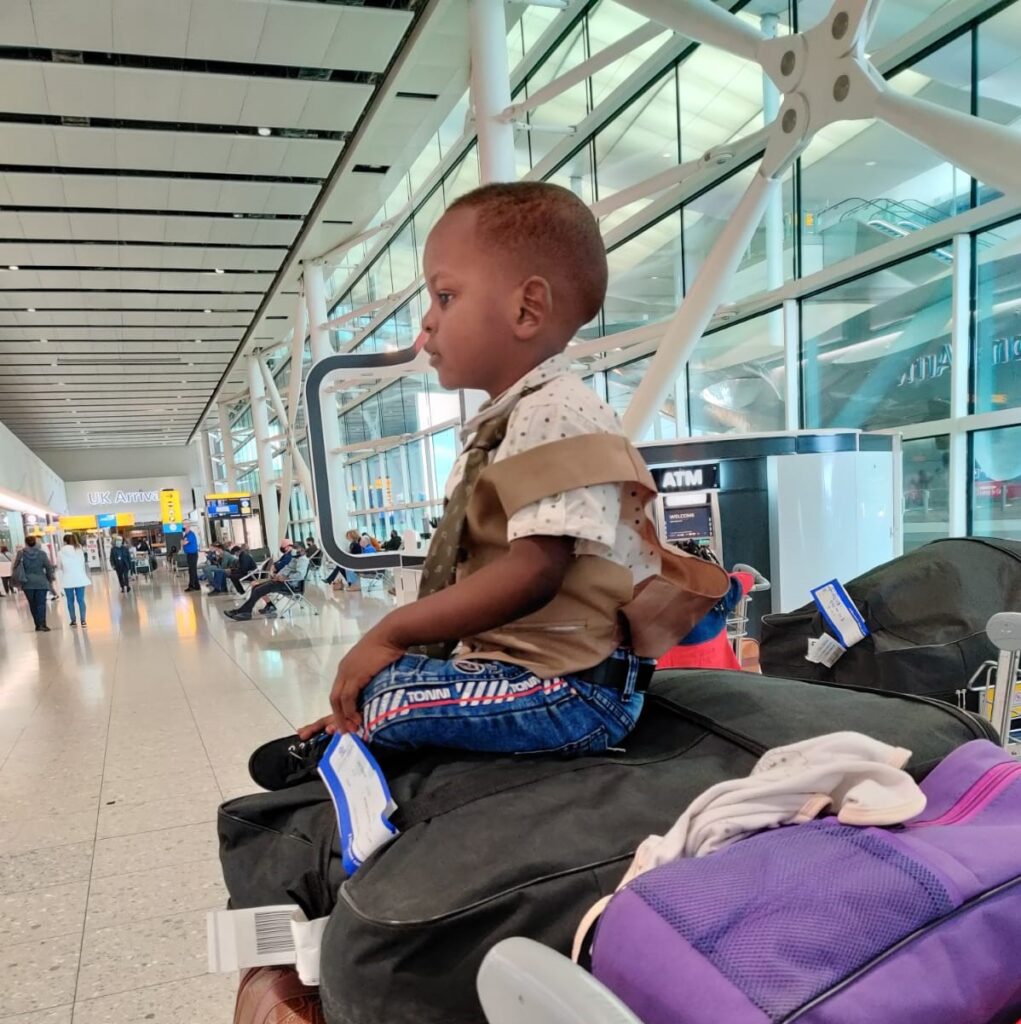 Bear in mind this was in the middle of Covid restrictions so we had to endure many changes to the arrival as flights were cancelled and changed. The welcome was also complicated by the family’s first 2 weeks in Birmingham spent in isolation in their house with no visitors other than John and Dr Liz our safeguarding officer. The family had to provide Covid tests before they would be allowed to actually explore their local area and Birmingham. The 2 weeks seemed to take for ever.

There were so many things that we had to help with before the family could start their new lives in Birmingham. We needed to get the 3 oldest children into school, both parents into college to start learning English, open a bank account, register for Universal Credit, get Covid vaccinations…The list seemed endless.

The most time consuming job was sorting Universal Credit. It was not a job we could do during isolation as it takes a long time and involves a lot of close contact with family. The UC claim could not start until they have a bank account and that itself was not easy. Once we had opened a bank account we were able to start the form filling for UC.

By this time the family had been in England for 3 weeks and we knew that after we had submitted the forms it would take at least another 5 weeks before the payment.

We submitted the UC claim after the family had been here for 4 weeks and then all the questions started from UC. What are you doing about finding work? We now need photos of you holding your Biometric Card next to your face so we can check your ID? We need a copy of your lease agreement? (at this stage lease agreement was still in name of Refugee Support).

Even though the family had arrived under the Government Resettlement Scheme no allowance is made by UC for their different circumstances. Eventually the first payment from UC arrived after the family had been here for nearly 3 months. Despite our best efforts, the claim for backpayment was refused and we were never given a good reason.

Ahoud, Adan and Yazan all attend the same Primary School (a fantastic School of Sanctuary) and have settled into school life. In all weathers they do the 20 minute walk to school with one of the parents. Their English language has moved very quickly as soon as they overcame shyness. To have the 3 children at the same school has made life so much better.

In May the youngest Adaq started Nursery at the same school 5 afternoons a week.

In September Ahoud will move onto a great local Secondary School. 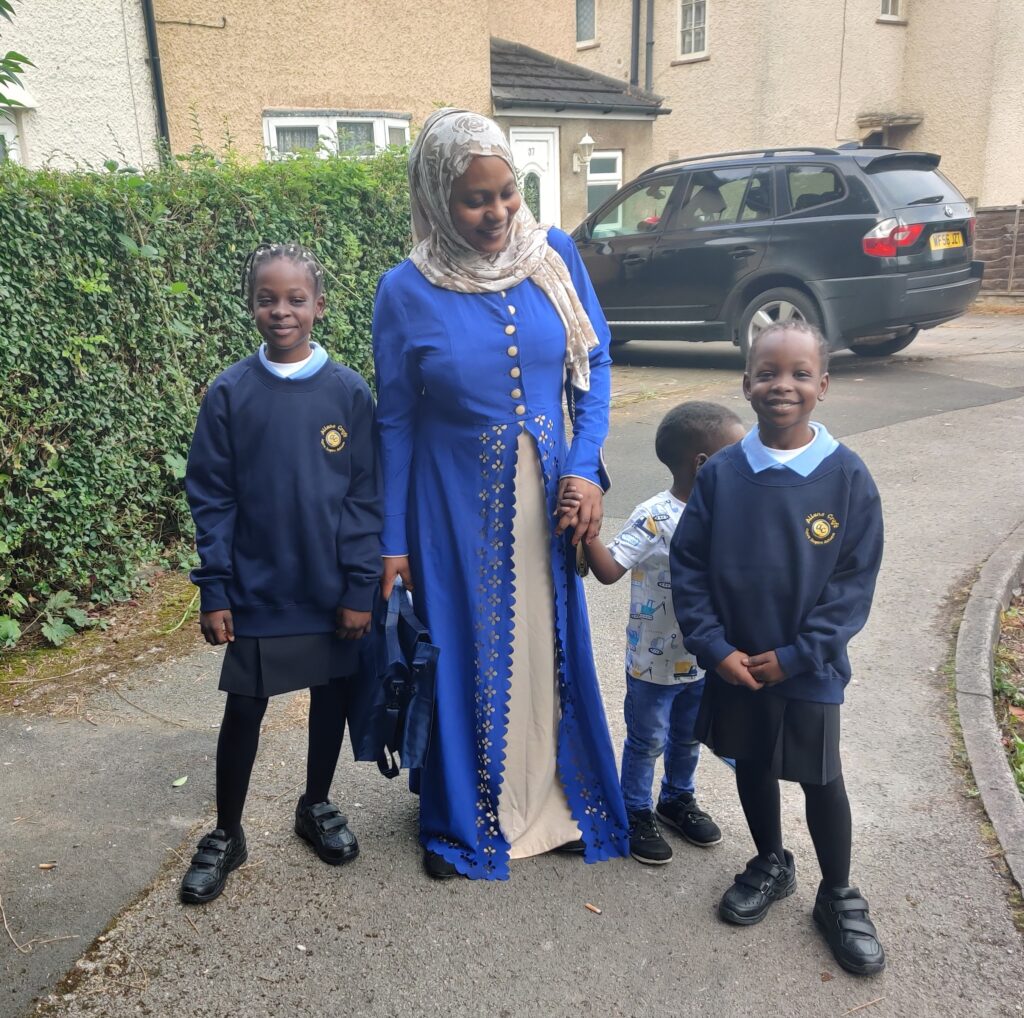 Both parents have attended college 3 half days a week to learn English and both are now able to hold a basic conversation in English and this is great progress.

Dad is very frustrated that he not yet able to start work and support his family, so it is important he continues his English Language lessons. In the meantime, he has been having driving lessons as in his previously he worked as an HGV driver.

When the 2 weeks isolation ended the first thing we did was to take the family food shopping. Now for many of us this is just a normal thing we take for granted. But for a family that had spent the last 6 years in a refugee camp going into a large supermarket to buy food was a mind blowing experience.

As a group we had decided that the most important thing for the family was for them to feel they could control their own lives and be independent. It was up to them to start budgeting and deciding how they wanted to live their new lives.

The family have become experts on Birmingham bus services and certainly know the best places now to go shopping and visit parks etc. The family have made lots of friends locally and now have a nice social life.

One year later, it has been so good to witness the family settle into a long term settled life. We as a group are always available to help and guide when needed. 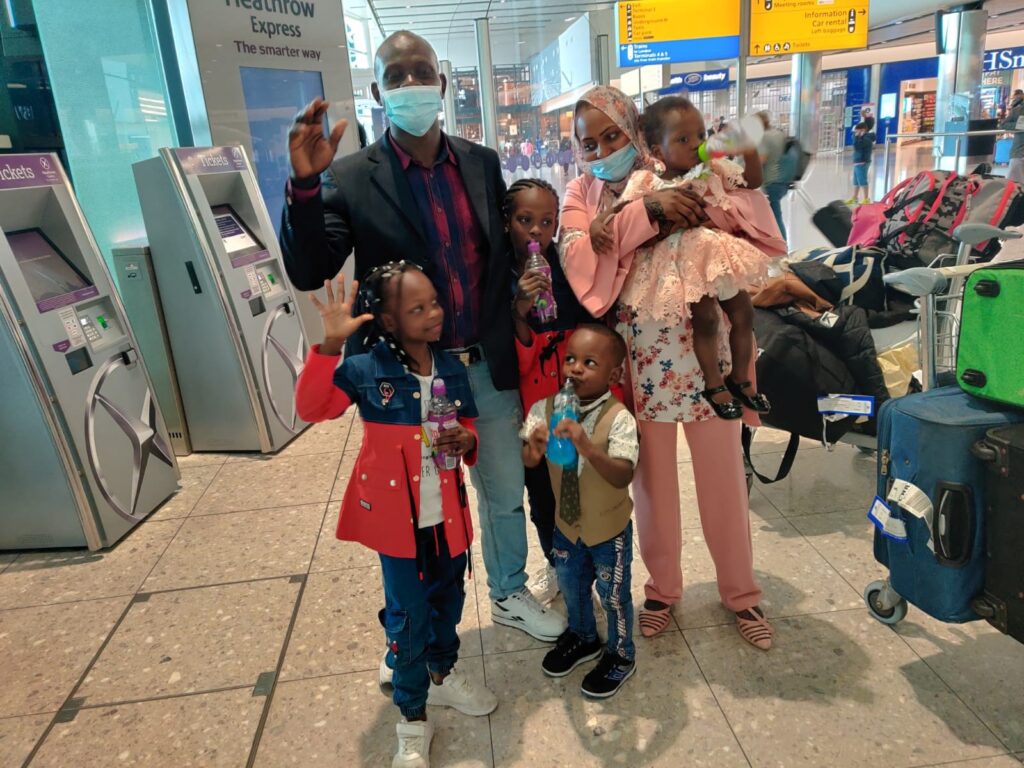 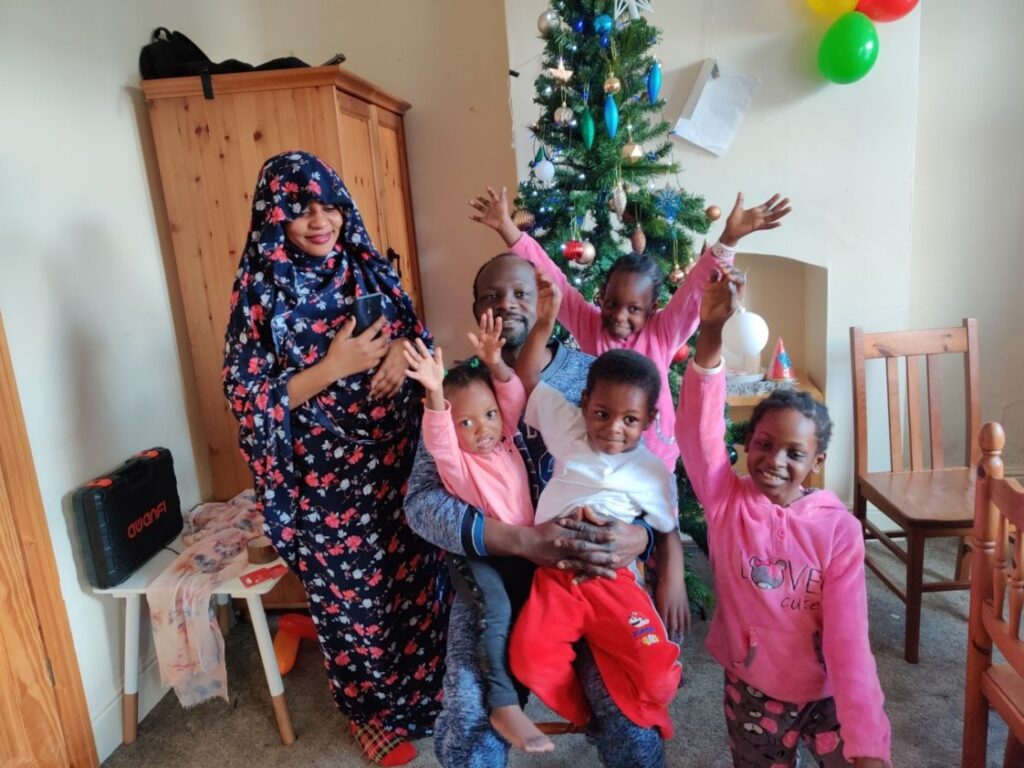 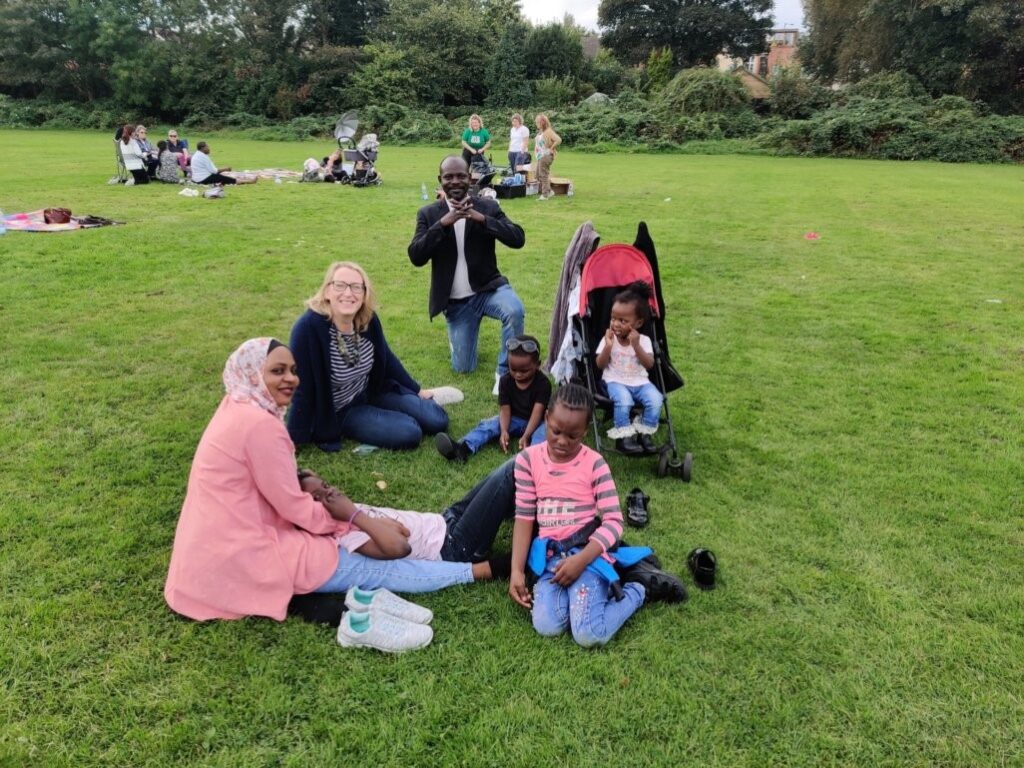