We proudly present Mohammed Noor as Trustee of Advocacy

We are absolutely delighted to introduce Mohammed Noor to the Board of Trustees as our latest Trustee of Advocacy. 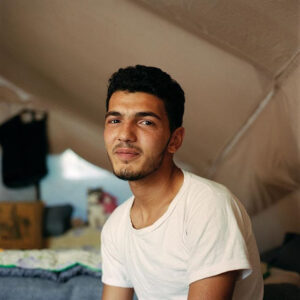 Mohammed, a former member of the White Helmets, first became a member of the Refugee Support community when we met him in a camp in Greece in 2016, were he was living with his family after fleeing Aleppo in Syria. What immediately struck us was that Mohammed was a compassionate leader, always eager to get involved and help where he could.  He soon acted as an interpreter for medical services in the camp, despite English being new to him, as well as leading activities for children. 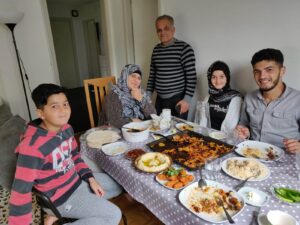 Mohammed’s personal experience, alongside his compassion and natural leadership skills make him such a valuable member of our community, and we look forward to hearing his ideas for strengthening our organisation and building a wider community.

Mohammed says “Life taught me that tables can turn every second, for every human being, sometimes without seeing it coming. I grew up in Aleppo, Syria and decided to stay there until 2016, while global newspapers continued to call it the most dangerous city in the world year after year.

Evolving from a normal teenage boy to a young member of the Syrian Civil Defence, internationally known as “the White Helmets”, I experienced what it means to dedicate one’s own life to save others, as we rescued civilians day after day from the rubble of bombed houses, illustrated in the short movie “Brothers in Syria”

When I finally had no other choice but to leave, I suddenly found myself as a person in need, living in overcrowded refugee camps in Greece. Organizations like Refugee Support allowed me to make myself feel supportive again, as I engaged in translating and other voluntary work, such as organizing events for children. Moving to Switzerland threw me back to point zero, starting to build myself and my life in a new place yet again. Being able to engage in different projects for refugees in Switzerland enables me to keep up with my passion for voluntary work.

The possibility to be a member of Refugee Support Europe fulfils me with pride. Personally knowing both sides of the coin as a help provider and a person in need, I want to use this flexibility in perspective to ensure that our culturally sensitive work never loses focus on the collective and individual needs of the people we want to support.”