Abdullah is 19. Abdullah and his nephew have been in the camp for five months. Abdullah’s elder brother asked him to take one of his children, his 13-year-old son, with him. He could not afford to bring anyone else out.

I asked Abdullah what had happened to his arm. He said when he feels too sad he burns himself with a cigarette to stop thinking. 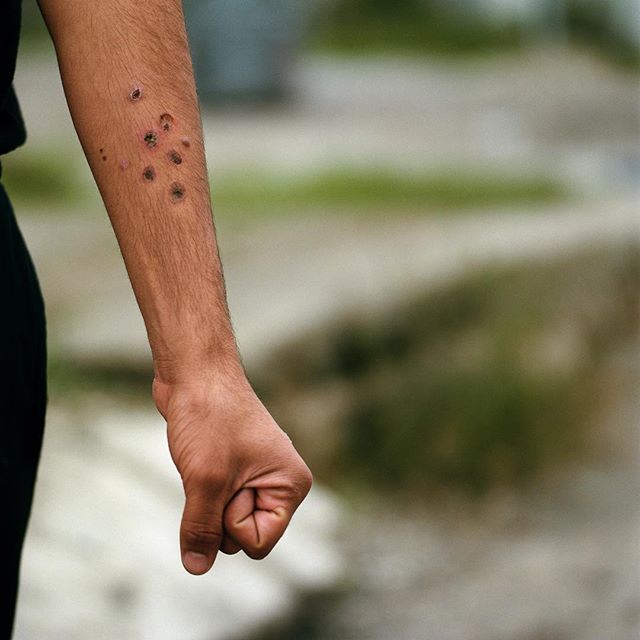