It was fitting that we start our journey at the Hotel Manthos in Alexandreia. Anna and her team created a home from home for the 300+ volunteers who stayed there when we were working at Alexandreia. She has become a friend of the family. 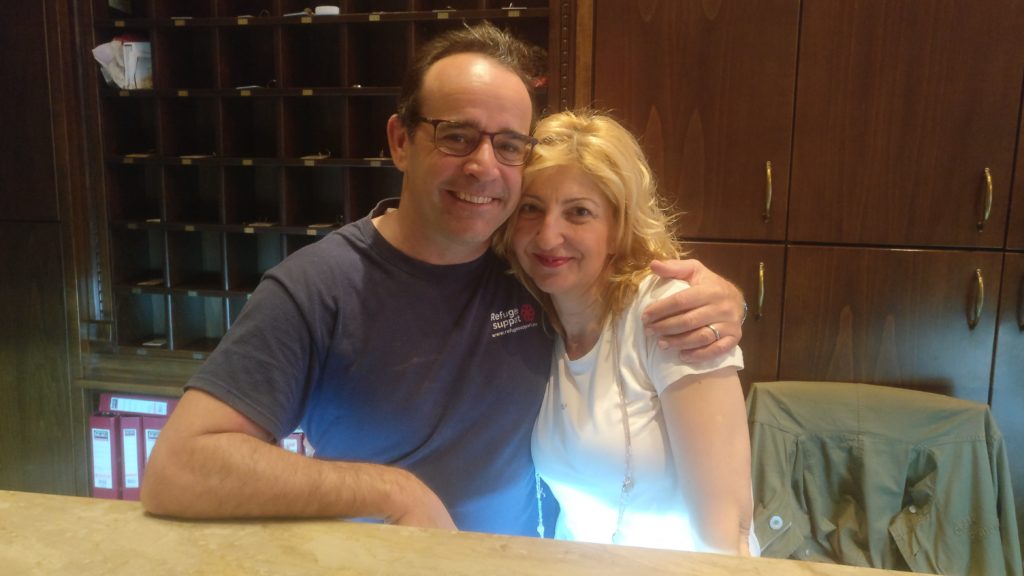 So after a great breakfast and the obligatory group photograph, we set off for the Eko fuel station at Polycastro. The last time I was here two years ago, there were up to 2,000 refugees camped here in crowded and chaotic circumstances. Kids were running everywhere and it was full of tents. Now it has returned to being a sleepy refuelling stop on the way to FYROM/ Skopje. That all seems a little surreal. 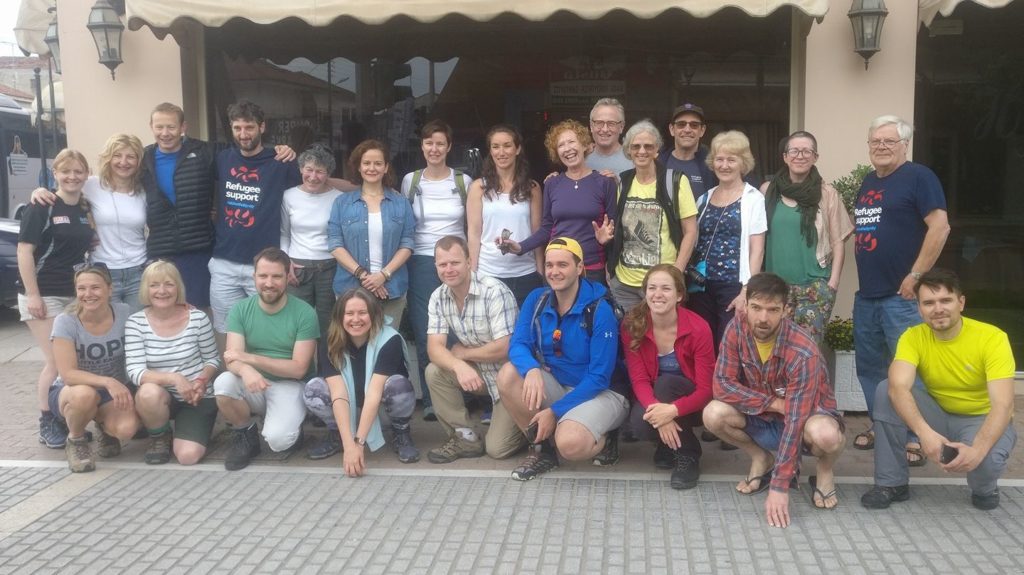 Our first walk was to the nearby Lidl which was a popular place for refugees to buy food, if they had money to do so. Then we took the bus to the tiny village of Idomeni, site of Europe’s largest refugee camp and scene of terrible suffering from 2015-16. On my only visit there in April 2016, I was welcomed with tear gas, concussion grenades and military helicopters. It was like a war zone. But like Eko, it is as if it never happened. The only indication is ongoing border sensitivities that prevented us from spending time there.

So we trekked south in the opposite direction to the route they would have taken, following the trainlines which so many walked up until they reached the closed border. Local Greek volunteer  and good friend Zoe was there in the first year they arrived and talks passionately about that difficult time in this week’s podcast.

We are all getting to know each other better and we have started our strange walk. I can only think how much harder it was for the people that had to do it with all the uncertainty, loss and powerlessness they would have felt on top of the physical hardships. You can donate to our important work for those still stuck in Greece here.