Much of the morning was spent walking through fields with bright red poppies. In the UK, the poppy is a symbol of remembrance for those lost in war and this striking flower can be found wherever there is new ground. 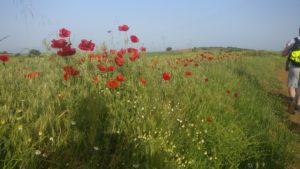 It was a good day to find out more about my fellow walkers and fantastic humanitarians. 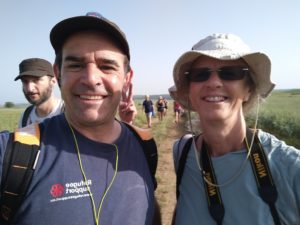 Rachael is from Cyprus and is heavily involved in supporting the refugees there, co-founding a language school for them where she continues to teach. Cyprus is an independent nation but outside the Schengen area so refugees who apply for asylum there will be staying there and need to learn Greek and English to settle in. There is a refugee camp but conditions are poor and like many places, it is the local community that is restoring some of their dignity. 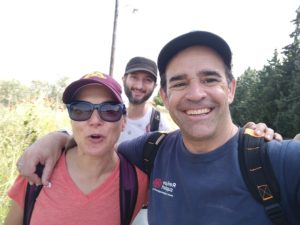 Christa is from Buffalo in the US and walking with us between important aid trips on behalf of our friends at Allied Aid. Before the trip she was distributing aid in Athens where so many are living on the streets or in poverty and when she leaves she will be going to Chios, still struggling to cope with the never ending arrival of refugees from Turkey. 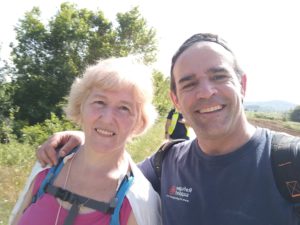 Hazel organised an event for us to talk at as part of our October tour last year and is very active in her local community in Blackpool supporting the refugees that are there. Every time I hear the government talk about the Syrian vulnerable families resettlement programme I think of people like Hazel who do so much to support them when they arrive. 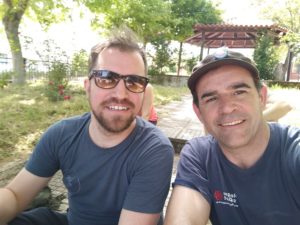 Liam works in the music industry and married to a pharmacist who has been supporting some of the many refugees in Berlin. His wife has family who are refugees so understands how important it is for them to see a friendly face giving valuable help. He’s a busy man but saw the walk as an opportunity to join his wife in doing his bit for refugees. 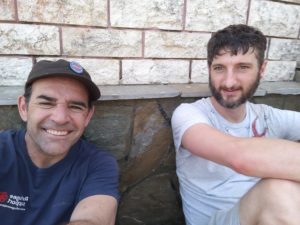 Rhys, who has also managed to photobomb a couple of the photos above, runs the internet when he’s in the UK. Or something like that, in any event, he’s clever and we are lucky that he is one of our long-term supporters. He has done two long volunteering stints at Alexandreia camp in Greece, some amazing fundraising and always there when the website needs a boot. 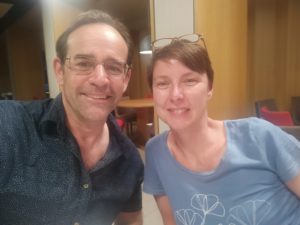 Silke is based in Ethiopia where has a top job in the development field trying to manage the competing agendas of many large organisations. She volunteered at Alexandreia camp about a year ago and clearly enjoyed getting away from the organisational headaches and getting stuck into helping right on the frontline. 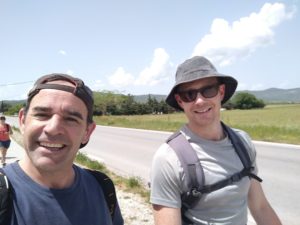 In the UK Chris runs a couple of businesses and is a fitness nut (his latest plan to climb the 15 highest Welsh peaks in under 24 hours) and in addition to all that has made 4 trips to the Greek camps to lead volunteers. I don’t know how he does it all in but whatever he has needs to be bottled. 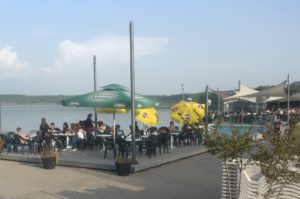 I walk in the middle, excluded from both these worlds. I am lucky to be walking with people who understand. And we walk again tomorrow. 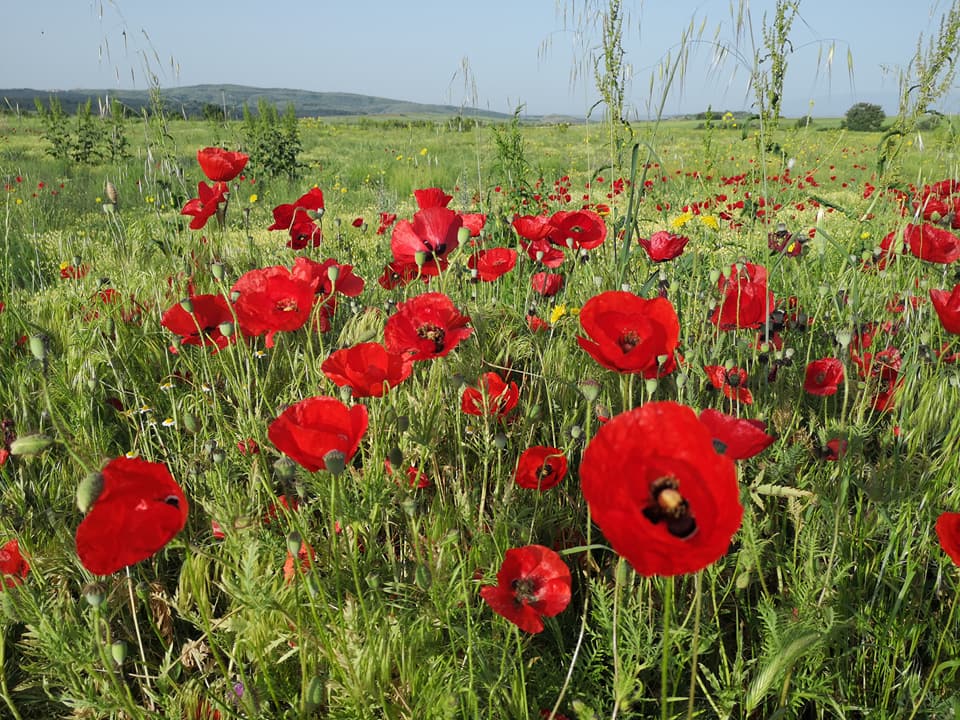