My name is Ahmad, I am 19, Kurdish from Syria and I left my country on my own 18 months ago. Before the war I went to school in Aleppo, played football, went to friends. Then the war started so we left and went to Kobani for 7 months.

My family is still there and they can’t do anything because of war so they just have to stay in their house. 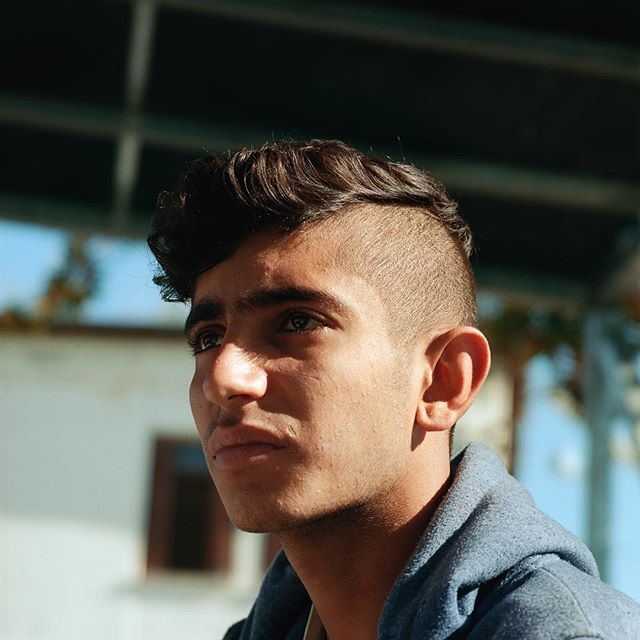 I left Syria because I didn’t know who to fight and I wanted a future. We just wanted freedom and then lots of new armies came. I would have to go to one of the armies because they have many armies there. Why fight? What for? I don’t know who to fight for, maybe I would fight my brother. I can’t do that. If I fight I have to kill someone, and I don’t want to kill anyone. And if I go to Isis they will kill me because I am Kurdish. Big countries made this war and we can’t stop it.

I decided to go to Turkey and was there for about 8 months before coming to Greece. My family want to travel but it is too expensive. Maybe 6,000 or 7,000 euros and they have no money. Now they must wait the borders are opened.

The journey was very difficult. The boat from Turkey to Greece was crazy, it took 3 hours at 2:00 in the morning. But I had to travel because I wanted a good future. It is not enough just to eat, maybe I will have a wife and a son. I had to do it.

I had to choose to either die in Syria or make a future. I chose to make a future and they closed the border.

Life on the refugee camp is difficult. Winter is coming and it is very difficult in the tents. Volunteers coming to help is OK but it is not enough for me. We don’t want to be here, we want to go to Europe. We don’t have money. It is not good food. I have to wait 2 months for my interview and I can’t do anything. I learn some English with Google Translate, play some football but we are stuck here.

They have told me I can choose eight countries to go to but I would go anywhere. I would stay in Greece if I could go to university and a house. Maybe I could go to Ireland because I speak English. Or Holland where the universities are good and the people open-minded. And I can make my dream to be a doctor come true. And I want to return to Syria. It is my home, my friends, my family, my everything but who knows when I will go back. Maybe I won’t see my country again. Maybe I won’t see my mother again.

People can’t do anything for me. They can come here and volunteer but it is for the Governments to do something. Everybody has a life.

This is an edited story speaking to Ahmad while on Alexandreia refugee camp. You can listen to the full conversation here: