Narges: being a multi-talented translator vital to HBMO

A guest post from our friends at HBMO working on Lesvos:

The role of a translator is vital, even more so in a context with migrants in a multicultural environment. Add specialised medical needs to the equation, one can begin to understand the complex conditions where the Healthbridge Medical Organization’s (HBMO) translators manage on a daily basis.

This is about Narges, one of the many translators collaborating with HBMO on the island of Lesvos, and the important role she plays in humanitarian medical aid.

On a sunny Thursday in Lesvos, Narges, one of the organization’s Farsi-English-Farsi translator has received a package from her friend. Celebrating friendship over distance has become familiar to many in the last months with COVID-19 enforced social distancing, but it is something Narges has learnt years ago when she became a refugee.

With joy in her voice from her friend’s kind gesture from afar, Narges tells her story as a student and a professional in Iran, later as a refugee and most recently as a motivated and inspiring HBMO translator.

As a 7-year-old, she began to study English in a private institute in Iran that helped her see native Farsi from a new perspective. Farsi is a widely spoken Indo-European language with more than 70 million native speakers, in Iran, Afghanistan and Tajikistan with minor dialect differences within the region. Realising her talent in languages but deciding to combine that fascination with two degrees in natural sciences, Narges continued to teach English. Her first degree in Natural Resource Management, and second in Aquaculture didn’t provide for steady employment at the time. Thus, Narges never had the chance to precisely work in her own field and put her academic knowledge in use but was able to take up work in translation due to her great language skills. Coupling her language head and people’s skills, she taught English from kindergarten level up to university and translated in formal institutes.

Currently, Narges is among a team of approximately 100 translators on Lesvos, but there is more work than time. With Lesvos’ refugee camp Moria being 10 times above its official capacity and housing 17% of the island’s population, translators’ role is indispensable.

During her time on Lesvos, Narges has joined many organisations, schools, workshops and projects as a hard-working translator with varying duties and clients. This has meant learning new topics and vocabulary she didn’t previously know even in her native Farsi. Working with legal and medical topics has been challenging but the continuous learning and understanding the importance of translation inspire her to carry forward. No day is the same: there are new cases coming up, new people arriving on the island and there are always new words to learn. Determined to make a difference in her immediate refugee community on Lesvos and beyond, Narges is driven to play her part.

About four months ago after collaborating with psychological aid organisation aimed at the wellbeing of the camp’s minors, Narges met Katie, the founder of HBMO. Since then, Narges has tirelessly almost daily helped HBMO to grow and provide for adequate care for the refugee population in need. Bridging between the local Greek community and the refugee population, HBMO aims to create a medical facility in Moria in order to decrease the pressure on local healthcare services and consequently supporting the island’s Greek residents in accessing healthcare more quickly. For this, translators play an indispensable role. 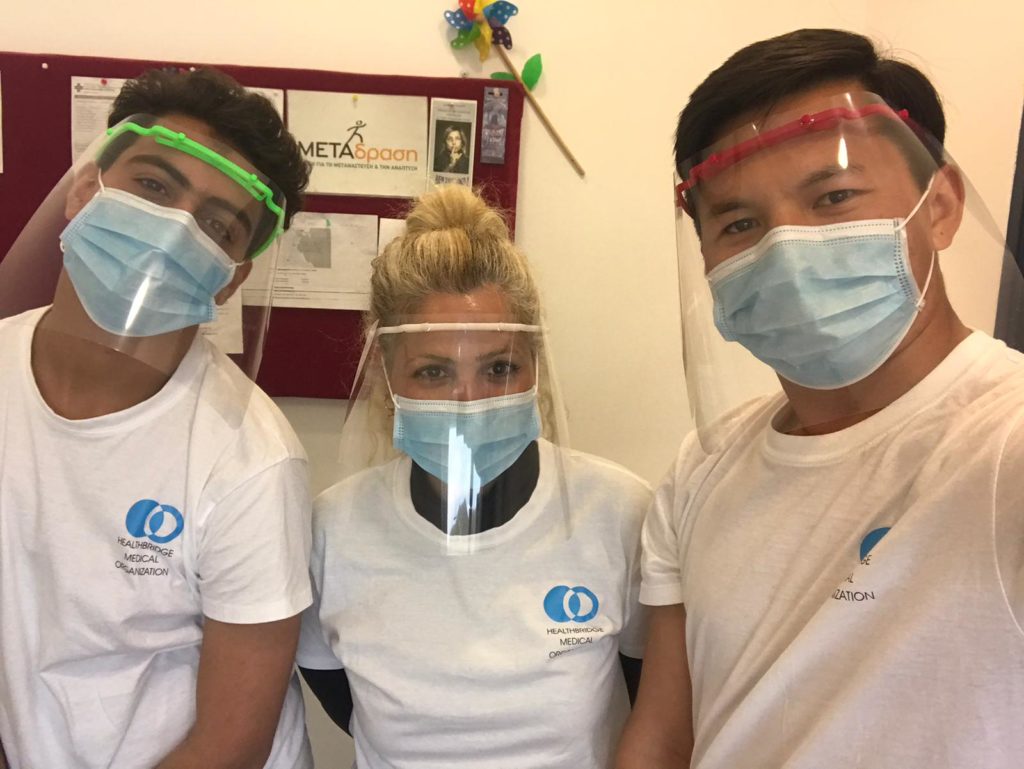 Describing her duties, it becomes clear that although Narges is appointed to reword messages from one language to another, from person to person, she acts as a cultural interpreter, a psychologist and a mediator in addition to her destined task. A large amount of the refugees staying in the camp are in fact Farsi speakers as a result of the ancient Persian empire that extended from the Balkans to the Himalayas. For Narges, this means working with multiple language dialects and cultural differences which she approaches with care and respect. She works in close contact with Greek and international doctors and nurses, translating symptoms and treatment, too often delivering bad news to the patients. Due to the overcrowded island and its healthcare services, belittling symptoms and lacking resources, patients rarely receive medical attention before the situation worsens. There, Narges tries her best to console the patient, describe the situation as sensitively as possible and helps to refer the people most in need to HBMO for possible special assistance and medicine provisions. Considering this, Narges points out the definite need for proper and educated translation she often has to manage afterwards. She continuously witnesses faulty diagnosis that have worsened the patient’s wellbeing by not getting the right medication, wrong referrals to doctors or worse, no referrals at all. In a camp context with lacking hygienic conditions, tightly crammed living spaces and continuous movement of people, camps are an infectious ground for diseases. For this reason, having a vigilant organisation such as HBMO making medical assistance pre-emptive, comprehensive and thus more effective, are key to the island population’s wellbeing.

Sometimes, the distressing situation of translating in sensitive and complicated settings becomes overwhelming. Thankfully Narges isn’t alone: the HBMO team is very supportive and it is refreshing to share feelings with fellow translators. Nevertheless, having the responsibility of one’s wellbeing on the translator’s shoulders is a responsibility that Narges reminds herself often of, it also is one of her top motivators to work hard and keep on learning. Considering the context, the multifaceted and straining role of a translator, Narges has proved herself as a diligent and principled colleague without whom the first defining months after establishing HBMO and the organization’s future alike would not be the same. 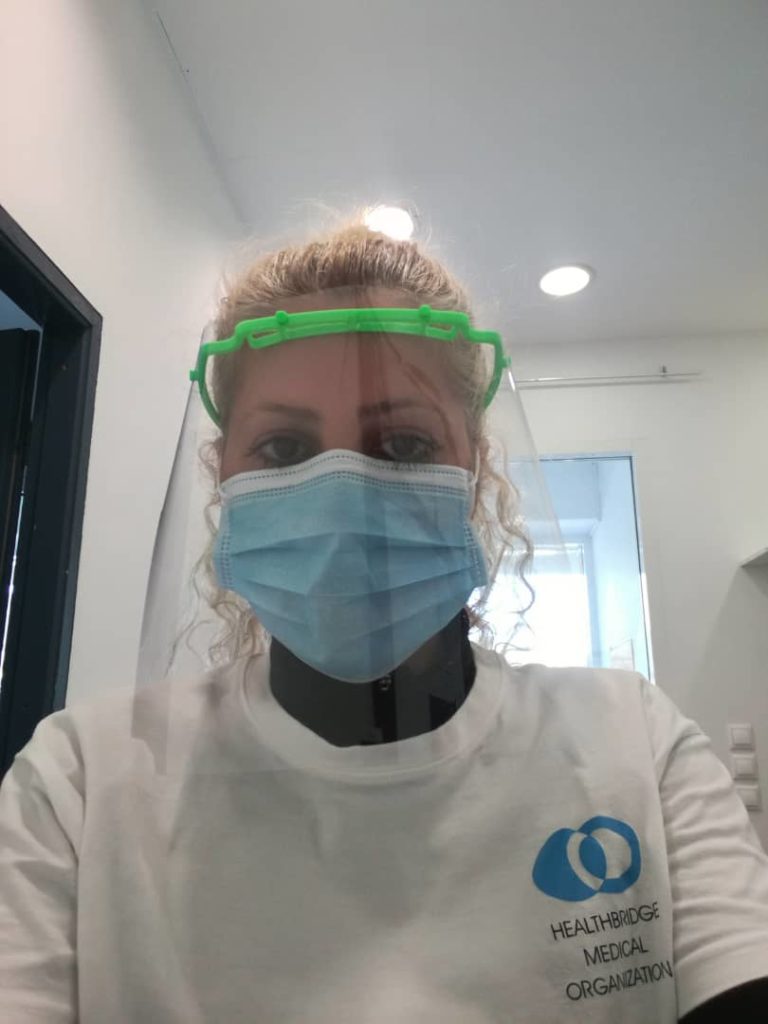