Hats off to the fantastic community of Constantine in Cornwall who raised £1800 for refugees in the spirit of One World and had a great time doing it. Here is a report from one of the organisers Jenny:

February 16th, another damp night at the end of winter – and a group of villagers in Constantine in Cornwall – along with their friends and neighbours from nearby towns and villages – came together to party.

It was a fundraising celebration, a one world demonstration of solidarity with refugees who have fled war and the violence of their own governments. Between us we raised £1800 for Refugee Support!

Our event was billed as the Disco Glitter Ball. No particular reason, but perhaps as an antedote to winter. We dug up a glitter ball from the back of a shed and hung it in pride of place, even though it was missing its motor – and guests turned up dressed in a spirit of shimmer and sparkle. 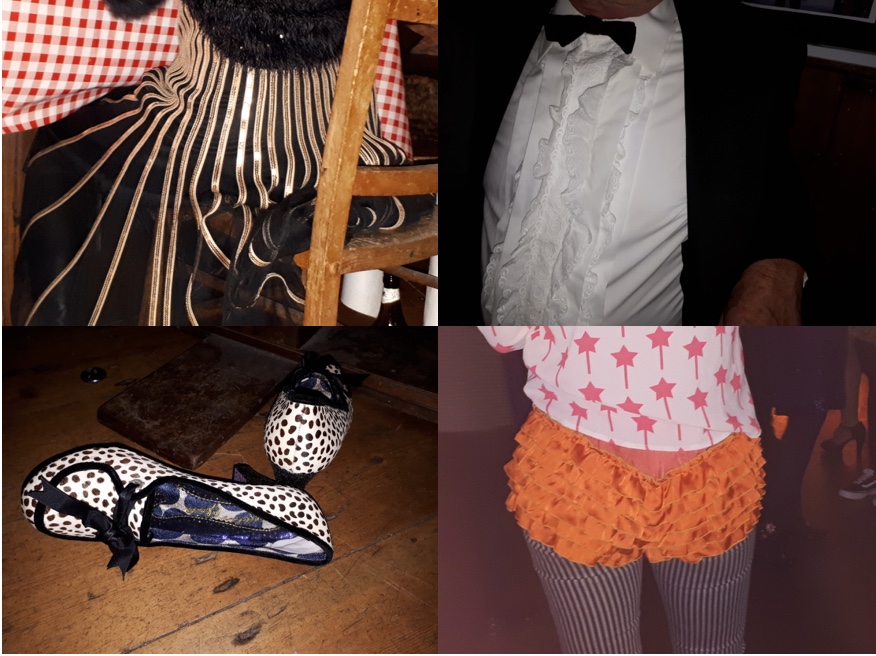 There was laughter and there was dancing and food! Super cook Shane and her team of choppers and servers and washers up had prepared a feast of Maqloubeh, an Arabic upside down rice, spice and vegetable dish. And we drank specially invented cocktails and mocktails from the bamboo beach bar.

Wayne and Wanda performed a cabaret act which had us doubled over (with laughter) as they quick changed and lipsynched their way through some golden oldies and then got the disco going.

Gilli and Judi, who have both worked with Refugee Support camps in Greece, talked with guests about their experiences and put up a display of photographs which showed the organisationʼs work – and Wendy auctioned Refugee Support T shirts with gusto. 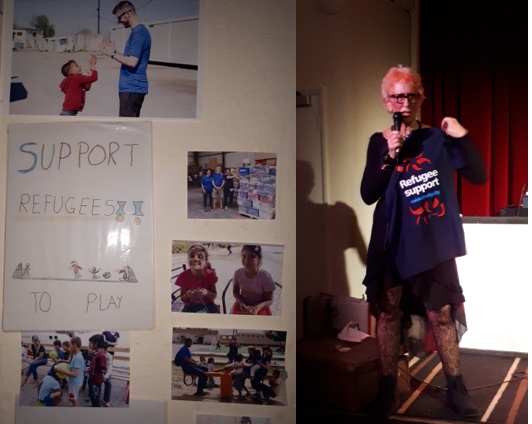 All this happened in Constantineʼs Tolmen Centre, our own community and arts venue. A lot of people helped, a lot of people gave. It was joyful. One world.

Special thanks to all these great people who made it possible: