My journey to support the refugee cause started over a long period of time, and was fueled more and more with each news article I read. At first it was just the startled sadness over a refugee child’s face on the news accompanied by headline meant to tug at your heartstrings, but like so many of us, inundated with a cacophony of distressing headlines each day, it slunk into the background as the noise of daily life took over. But as the horrific headlines and breaking news stories of intolerance, violence, racism, and injustice began to pile up, I felt that if I let it, a defeatist attitude of, ‘what can one person do to help?’ would take over. A popular quote by Edmund Burke sprang to mind then, “the only way to let evil triumph is for good men to do nothing.” Hokey I know, but it reminded me that putting my head in the sand would not solve any problems.

So, I set out to find an organization to volunteer with. Having worked in the non-profit sector before, I wanted to be very careful in choosing an organization that truly helped refugees, and to avoid those in the industry of ‘voluntourism.’ After much research, I landed on Refugee Support Europe, and was pleased to read their Code of Conduct, protecting the rights and dignity of the refugees.

What struck me after my first day at camp, as I sat down over a glass of 3 euro Greek wine with a fellow volunteer to debrief, was the feeling of normalcy and the lack of what I had emotionally prepared myself for – an onslaught of suffering and sadness. From the moment I stepped into the RSE ‘hanger’ I was busy. There was training to be had, shelves to be restocked and projects to work on. The families that came to shop for food laughed, and joked, and debated over food items, and carried on as anyone else would. And that is how they are. Not a perpetually distraught face with a backdrop of destruction from the TV. No, they were normal families doing the best they could with their seemingly insurmountable circumstances. As I dedicated my thoughts to the tasks at hand, it was only in small moments that the horror of what these kind and smiling people had been through would hit…seeing the scars of war on the faces of the children, the marks of torture on some of the adults, the offhand story of being smuggled through the snowy mountains, or the depictions of their journey found in their art. As much as you read, nothing compares to the impact of witnessing firsthand the imprints left by these wars. 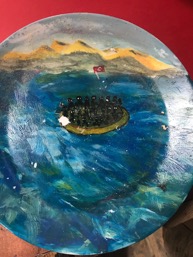 And that is why ‘aid with dignity is a truly essential mission. I was able to witness not only the very important work that Refugee Support Europe does, aside from a small UN stipend, RSE provides the only food and clothes the refugees receive, but also the great respect given on both sides.

I could talk endlessly about my daily experiences, because honestly there were so many amazing and eye-opening ones, but here I will focus on one particular highlight.

I had the honor and privilege of helping to create a weekly women’s group on camp. The women of the camp come from different countries, religions, and cultures. They live here in an unknown land, and although they are safe from the violence they fled, they are stuck indefinitely in limbo, unable to plan for their or their children’s futures, unable to work or better their lives, and without the resources or language skills to build a community within Greece. Our goal was a find a way to bring these women together in a safe space, where they could discuss topics relevant to them, support each other, and also to have a little fun.

Our first unofficial meeting was a test run to say the least. We had a topic in mind, some mint tea, and as we went from cabin to cabin inviting the women with a crudely drawn sign, our expectations in terms of a turnout were about 0-10. To our astonishment, as 17:30 rolled around, more and more women entered the hanger, until we were wall to wall, squeezed into every corner, and out the door. The need was much bigger than we had ever anticipated. Our former plans of a small discussion scrapped, we focused on asking the women what they wanted from this group. Their main priorities 1) dance and exercise 2)learning English 3)discussing their children’s education.

And so, with these goals in mind, we sat down and put our heads together to figure out one major thing: how could we make this group sustainable after we’d left?

What we wanted to build was a community for the women from all backgrounds to be able to empower each other and problem solve as a team. Our main thought was that this could not be something led by volunteers. Us, with only a two-week glimpse into the lives of the women, had no place to give advice, and not the resources or the continued follow through to provide solutions. We wanted it to be a group for refugee women, led by refugee women, with their agenda – sustainable and independent. The volunteers would act as facilitators, providing a space and a structure to carry out the women’s goals. After hours of thought and discussion, we put together a handbook with guidelines to train future volunteers, a code of conduct to facilitate open communication and respect, and a plan for a rotation of activities based on the women’s requests.

Our first official Women’s Hour: Zumba! As the time grew closer, the women arrived en masse. Our plan of lines of women following the instructor (thankfully not me!) quickly morphed into a dance circle. And there, in a packed and swelteringly hot hanger, I had the immense honor of seeing the women, many who didn’t speak the same language or whose cultures had histories of discontent towards each other, come together, perhaps for the first time, laughing and dancing. Before long, some of the women were taking turns as DJ and playing songs from their countries, showing us their dance moves, and even taking off their hijabs and letting their hair down.

I am happy to report that the women’s hour has stayed strong, propelled forward by the dedicated volunteers and now led by a committee of refugee women from each community.

To say that my experience in Katsikas was eye opening is not enough. I come away inspired by the resilience and strength of people who have faced and continue to face unimaginable hardship, I come away with hope that there is goodness in the world – made obvious in the selfless work that Refugee Support does and in the commitment and passion of the volunteers and donors I met, and gratitude in the many privileges that life has granted me, and the hope that I can continue to share them in anyway I can to those in need. 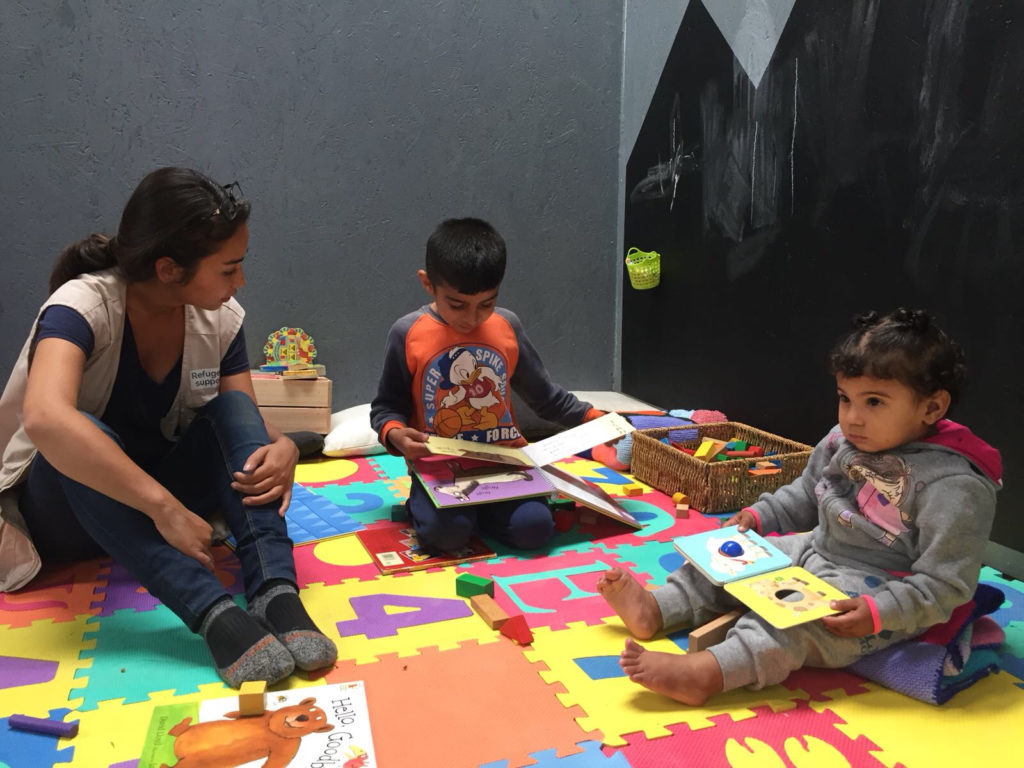