Piecing together some normality

This week, a man popped into the shop at LM Village just before lunch to buy some fresh bananas and tinned mushrooms. Just before he paid, he spotted some mayonnaise and added that to his basket. He handed over 100 points in Refugee Support tokens, received 5 points change, exchanged a couple of pleasantries with one of our volunteers and left.

It’s everyday experiences like this we are trying to create in the shattered life of a refugee camp. What could be more normal than going to the corner shop to pick up a couple of things and making an impulse purchase? It is an experience that many of us take for granted and one of those things that the parents on the camp used to do all the time. Many of the kids will never have known that life was like that.

A journey in dignity

When we first started providing food from our shop in Alexandreia back in April 2016 we knew that a shop environment would offer some dignity but used to provide a standard basket of goods to every family to increase their food security. This beat handing it out of the back of a van but people had no choice and we decided what to give them. People are individuals of course and it is not surprising that we had complaints. Some wanted olive oil, some didn’t want coffee, some only wanted fresh vegetables.

In October, we moved to a points system which allowed people to choose whatever they wanted and we could stock the shop with a much bigger selection of things. But it did mean that they could only visit the shop one day a week and they had to spend all their points on that visit. Typically, people would play around with the last few items so that they used every one of their points. Also they could only pick up fresh fruit and vegetables once a week. In summer, these need to be used quickly whereas we are buying fresh several times a week from a local grocer.

With our tokens, people can now come to the shop whenever it is open, spend however many of their points they want and could even save the money for a bigger spend next week. But what it really does is give people with little control over their futures, some control over their everyday lives.

We already had a points system so this was an easy transition. We just needed to keep it simple and keep it professional.

– Our designer Andy at Origin8Creative created the different tokens in denominations of 5, 10 and 20 because a typical household has about 400 points and all item prices range from 5-90 points. 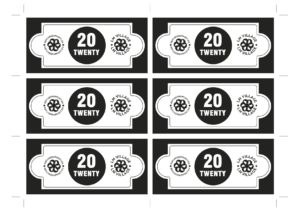 – We printed them at our mint (a local printer) on different colour paper for each denomination to help with clarity. And heavier weight paper for durability. 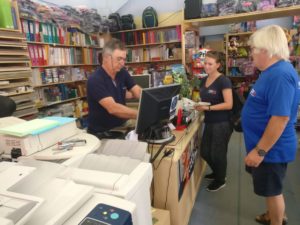 – We printed enough for 3 weeks of shopping so we had a good reserve and the vast majority are 20s as we only need 10s and 5s to give change. 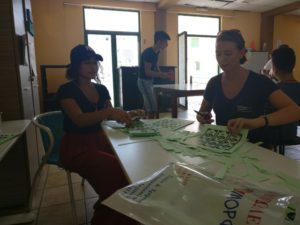 Knowing the household composition of each family we made up the money packs for each one and distributed them with an explanation on the Monday for them to start using on Tuesday. 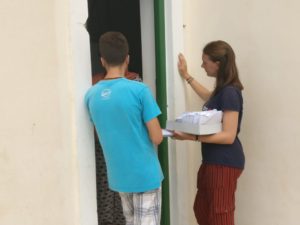 – We extended opening hours in the shop to Friday (but strictly only open from 11am-1pm and 3pm-5pm). 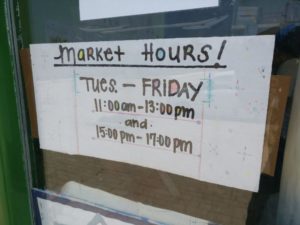 – We set up a monitoring and evaluation system: points distributed each week, points spent per day, products sold each week, points not used each week
– We bought a small cash box to act as a till in the shop. By starting each day with 100 points in the till, we can easily count how many have been spent in that day 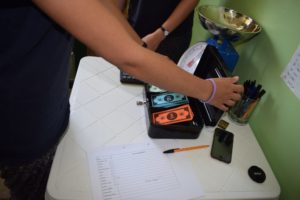 There are some concerns we had to think about and we will be monitoring
– Counterfeiting: the design is simple but intricate enough and on coloured paper that we are pretty sure the effort woud greatly outweigh the reward
– Theft: it’s always possible that someone might decide to help themselves to few weeks worth of tokens but we could reprint the currency to invalidate the old ones
– Black market: they may be used to buy things or services from each other on the camp but the amount is small and they already have some cash

The first week has been a huge success and we are already planning to roll it out in Filippiada camp.

We’re still on a journey to create as much dignity and normality as possible for people who have lost so much. Their stories about the war and their journeys are harrowing and after all that, they are now living in difficult circumstances in limbo while they wait for decisions made by distant agencies about where they will go next.

We will never stop doing what we can to make life a little more dignified. 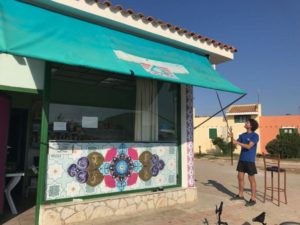