John Sloan is retiring from his retirement

In October 2015, a man with a shock of white hair and a diet consisting mostly of Dunhill and Coca Cola arrived in Calais. John Sloan was there to use his very loud, sweary voice and lifetime of logistics experience to organise a draughty and chaotic warehouse.

He was taking a one month break from his retirement to do what I and many thousands of other volunteers were doing at the time – whatever they could.

That month turned into six months as one of Calais’ linchpin volunteers helping through a winter of terrible hardship in the jungle.

In March 2016, still planning his retirement of leisure, he travelled to Greece. There he found Alexandreia camp quickly filling up with exhausted refugees. He hung around the gates until the Air Force Major running the camp finally agreed to let him in to help. 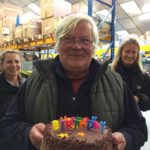 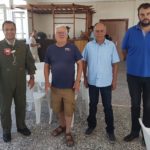 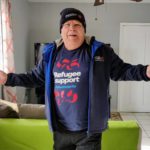 That’s when we co-founded Refugee Support Europe and all the retirement plans went out the window. Since then, John has lived and breathed Refugee Support. It has been an amazing partnership.

Patient, analytical, cautious – anyone who knows him knows he is none of those things! He is one of those rare people who has big ideas and the ability to deliver on them. A visionary and a doer. He gets up early, thinks about how to help, then he gets on and does it.

Refugee Support was born in Greece but it was conceived in the bruising environment of Calais. We knew that people wanted to support refugees; that volunteers could do amazing things if they had structure; and that no-one should be suffering the humiliation of poor quality charity hand-outs.

When we first started in that camp in Alexandreia with 800 refugees, the hardline Colonel told John we would not be allowed to put one single screw in any of the walls without his permission. But John won him over within a few weeks.

In the 18 months we were there we built a fully fitted free food shop with storeroom, a warehouse, a clothes boutique, language school, a playground, football pitch and a double glazed recreation area. We also created a fully equipped kitchen serving 400 meals a day that needed a digger to lay a fresh water supply. 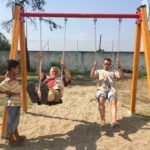 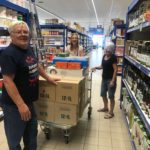 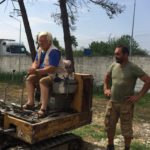 Digging up the camp

We went on to run operations in 6 other camps in Greece. In the middle of that, 100s of thousands of Rohingya were fleeing Myanmar into Bangladesh so John put together a team and we helped a community of 6,000 there for 4 months. In 2019, he went to Cyprus and 2 months later, we opened the Dignity Centre in the heart of Nicosia for people to have a safe space where they could gather themselves and start to rebuild their lives. And while that was going on we went to Mexico to help the caravan of Central Americans stuck on the streets of Tijuana. 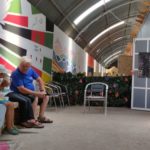 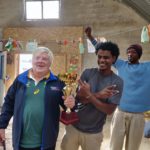 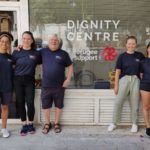 Two years later, the Dignity runs many services but right at the heart is the sewing cooperative where they can earn a wage and learn new skills. We sell the brilliant things they produce through Refumade – another Sloan initiative.

It’s been a successful partnership because where John has been pioneering, his patient, analytical, over-cautious co-founder was building a resilient organisation that is able to deliver on these grand plans. Individually, we would never have achieved even a tenth of what we have managed to do together. 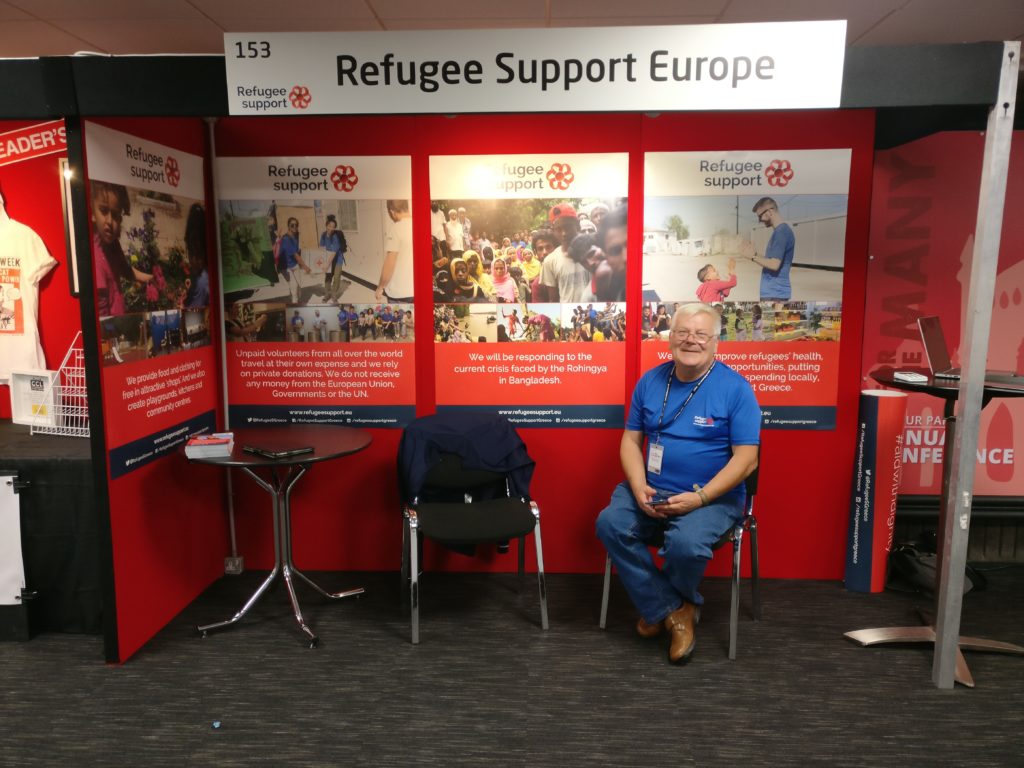 Covid has been tough, especially for a man of action who has had to self-isolate at home. So of course, he continued to look for opportunities. We have now settled a Sudanese refugee family from a miserable refugee camp in Jordan in a lovely new home in Birmingham through the Community Sponsorship Scheme. The family is already thriving and that has been incredibly rewarding.

So it is with both huge admiration and sadness that we accept John’s decision to step down as Refugee Support’s Chair. He now has three grandchildren in Birmingham that need him. The old man will be 72 this year and finally needs to put his feet up. 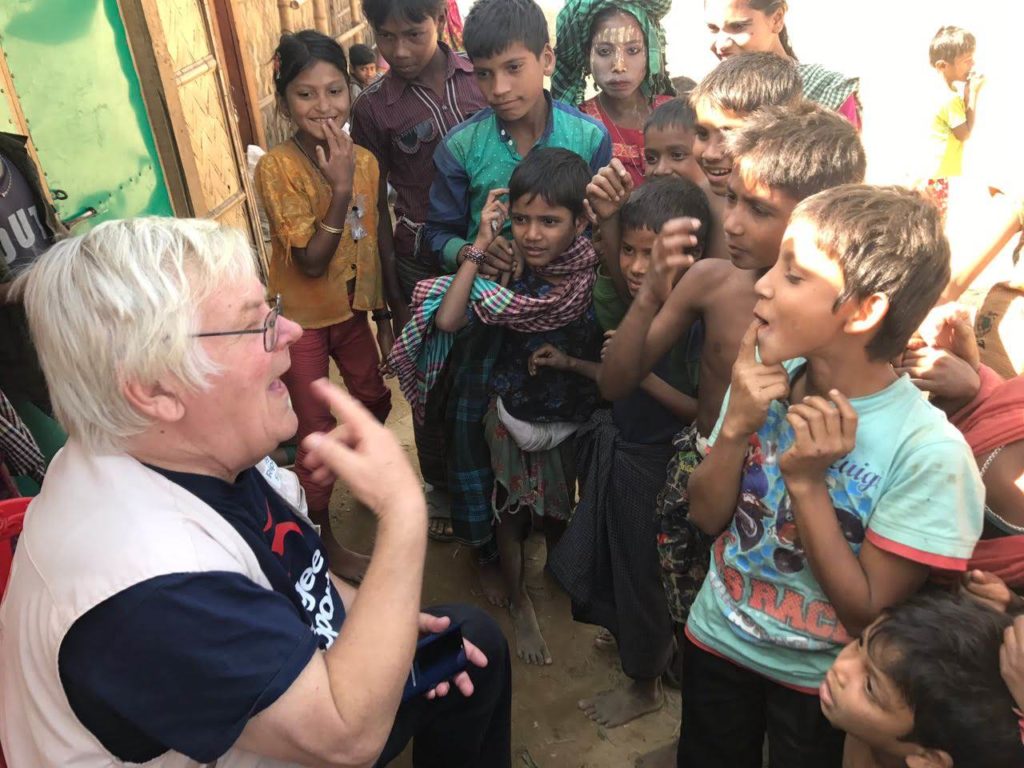 In Calais in what seems a lifetime ago, he would talk about how he planned to enjoy his retirement. That used to involve travelling and seeing the world. Lucky for us, for all those thousands he helped and good for him, he’s had a brilliant retirement with Refugee Support. 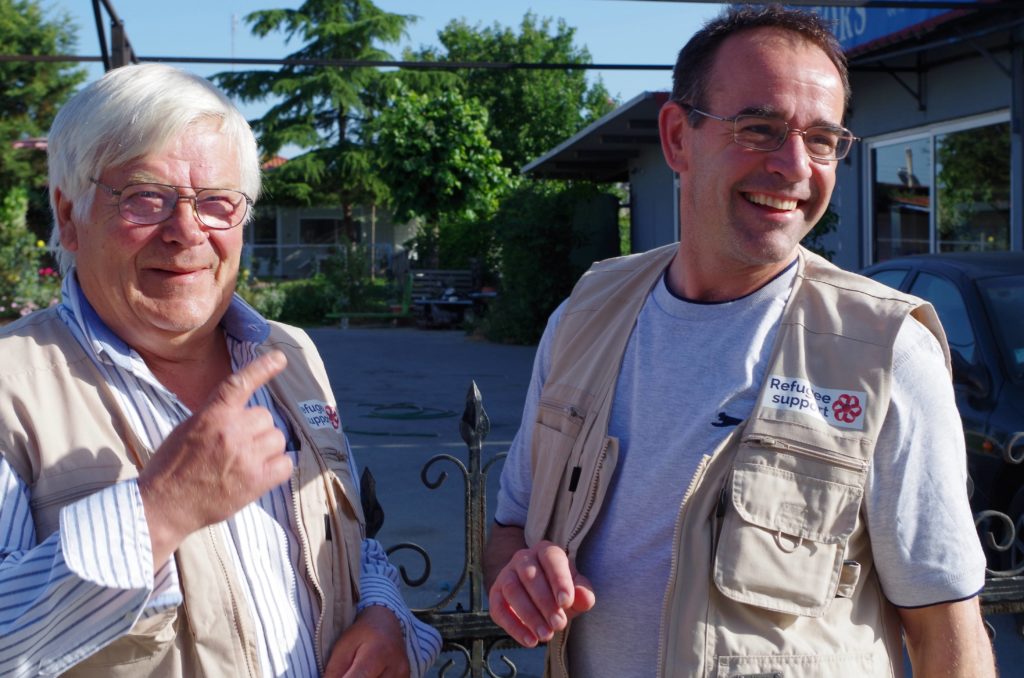